Construction nears completion on a $126 million expansion of the Fuller Warren Bridge and I-95/I-10 interchange. The project includes a 12-foot shared use path over the St. Johns River, connecting San Marco and Riverside.

Aesthetic enhancements include architecturally decorative lighting features on the shared use path, and new monument signs at Stockton and College Streets. 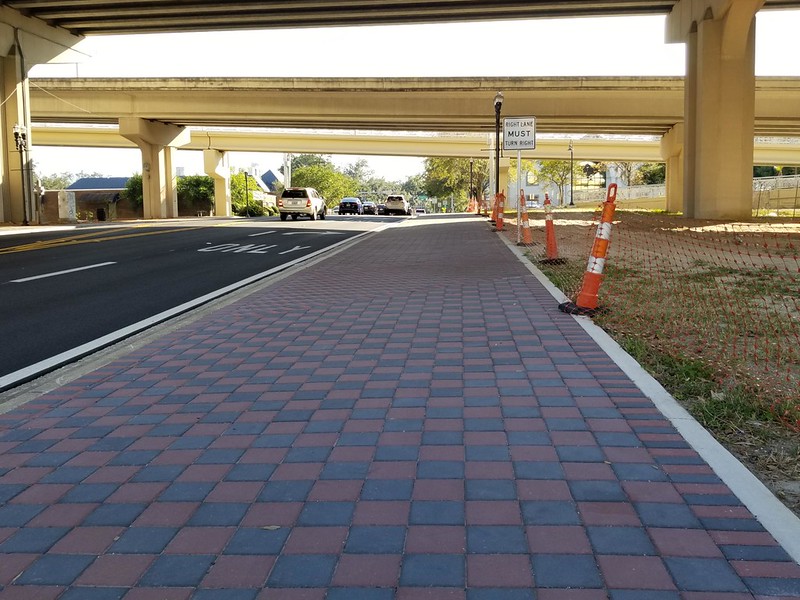 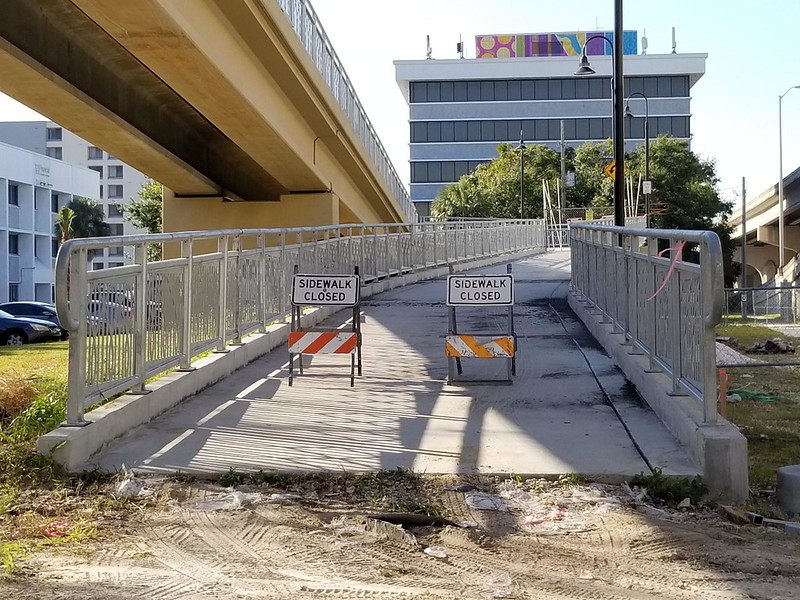 The $39 million replacement of the Hart Bridge Expressway ramps near TIAA Bank Field is just about complete. Intended to improve accessibility of property around TIAA Bank Field, the project has created an at-grade boulevard and entrance to the stadium between A. Philip Randolph Boulevard and the Hart Bridge with elevated expressway ramps remaining on either end of the project. 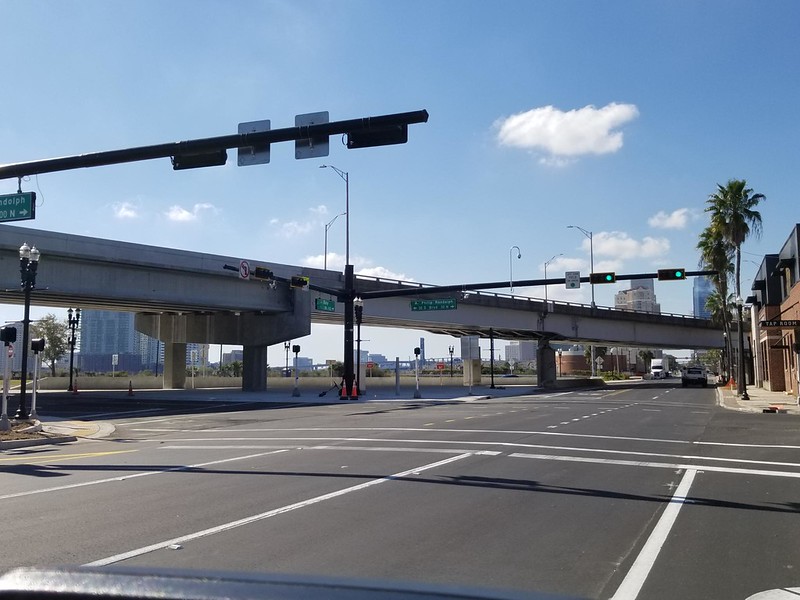 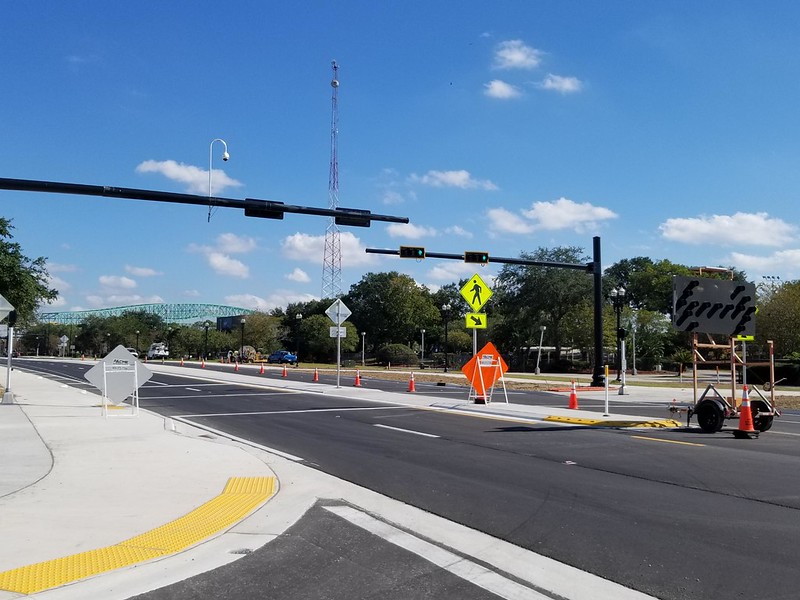 Rise, a Valdosta-based development firm, is in the process of constructing a new eight-story, 247-unit mixed-use apartment development at 960 East Adams Street in the Sports and Entertainment District. Called RISE Sports Town, the $67 million development will include a 284-space parking garage, 4,875 square feet of ground floor retail space and additional roof top amenities. A summer 2023 completion date is anticipated. 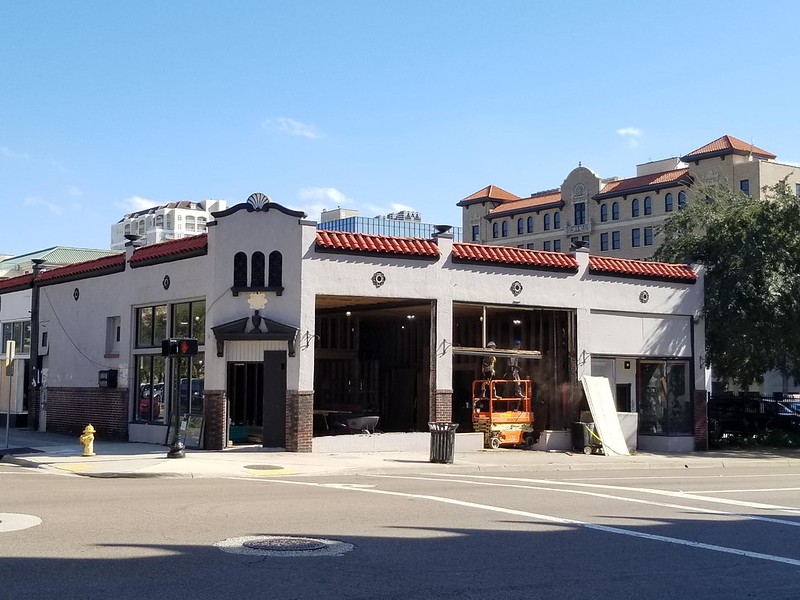 Originally built in 1926, a 3,479-square-foot space at 100 East Adams Street is in the process of being renovated into Hardwicks Bar. Owned and operated by business partners Elias Hionides and Tim Hoal, Hardwicks Bar will be the first LGBTQIA+ bar to open in Jacksonville in 20 years. The $500,000 project, which will include a main bar in the front and a smaller back bar, is anticipated to be open by March 2023.

The Thomas V. Porter mansion was designed by architect Henry John Klutho as a private residence and completed in 1902. It was acquired by JWB Real Estate Capital in August 2020. JWB is in the process of restoring the building to contain 16,000 square feet of single tenant office space. A 4,300-square-foot basement will be reserved for restaurant space when the market can support it. In addition, an adjacent lot immediately south of the Porter House will be transformed into an outdoor seating area. Construction is nearing completion on a new 162,000 square foot headquarters building for JEA. The $68 million project at 325 West Adams Street will include a 657-space parking garage with 10,690 square feet of ground level retail space.

Construction on a 91 for-sale townhome residential community is now underway in LaVilla. A joint project of JWB Real Estate Capital LLC and Corner Lot Development Group, each three-story 1,400-square foot townhouses at Johnson Commons will include a one car garage. All townhome units will be developed in phase one. A second phase could add retail and additional multifamily at the 3.4 acre site surrounded by Adams, Stuart, Forsyth and Lee streets.

After seven years of planning, infrastructure work at the RiversEdge development continues. The first phase of the project being developed by Dallas-based Preston Hollow Capital LLC, was the construction of a $965,105 surface parking lot for the Duval County School Board. The next step in the development of the 32-acre site will be the construction of $58.349 million in site infrastructure improvements, including roadway, water, stormwater, sanitary sewer and electrical connections. Preston Hollow then plans to sell individual property parcels on the site to other developer

When complete, the development is slated to bring 950 residential units, 147 hotel rooms, 200,000 square feet of office space, 134,000 square feet of retail, a 125-slip marina and more than four acres of public park space to the Downtown Southbank.

Construction continues on the $176.4 million widening of Interstate 10 from Interstate 295 to Interstate 95. project improvements include:

The widening project is expected to be completed in early 2025.

A project to transform Palm Avenue, between Gary Street and Prudential Drive, into a into a context sensitive boulevard featuring wide landscaped sidewalks and medians continues.

The Ambassador Hotel originally opened in 1924 as 310 West Church Street Apartments, the first upscale apartments in downtown Jacksonville. Rebranded the Ambassador Hotel in 1955, the business survived until 1998 when the entire building was condemned and closed. Vacant for 24 years, the brick and limestone Georgian Revival style building is poised to be completely renovated by March 2023. Axis Hotels, LLC is now in the process of a $17.6 million restoration of the Ambassador into a 100-room TRYP by Wyndham hotel, restaurant, lounge, meeting room and fitness center.

The adaptive reuse of the Independent Life Building at 233 West Duval Street continues. Proposed by Augustine Development Group, the 165,000 square foot office tower will be converted into a $30 million mixed-use project that will include 135 market rate apartments, a 21,000 square foot grocery store/food hall and 10,000 square foot rooftop lounge and restaurant.

A $6 million project to overhaul Friendship Fountain continues. Expected to be completed in 2022, the project will convert the fountain and surrounding park into a state-of-the-art space for water and sound shows.

For more information: One Year Late, Renovation To Begin On Southbank’s Friendship Fountain

Miami-based 323 E Bay Street RE LLC. is in the process of restoring a historic building at 323 East Bay Street into a $4.8 million live music venue tentatively called Project 323. Designed by JAA Architecture, the three story concert venue will include a new 2,250 square foot rooftop bar. The first floor will include a main floor area with a stage and bar. An area with lounge seating, a smaller bar, exterior patio and restrooms will be located on the second floor. A roof lounge and bar will serve as the third level while the building’s basement will become space for storage, service, electrical and office uses.