Harlem is a large neighborhood within the northern section of New York City’s Manhattan. Originally a Dutch village, Harlem was the world’s largest Black neighborhood for much of the early 20th century.

Almost everyone has heard of The Harlem Renaissance, which was a period of artistic work without precedent in the American black community during the 1920’s and 1930’s. If you have not heard of it, at the very least you’re probably familiar with Harlem’s Apollo Theatre on 125th Street. Even today, several cities across the south, from Atlanta to Jacksonville and Tampa, are quick to label a formerly vibrant Black neighborhood in their community as being the “Harlem of the South.” What most tend to overlook is that the Harlem Renaissance is largely a result of the first Great Migration. Roughly, between 1910 and 1930, 1.6 million migrants left mostly southern, oppressive urban communities to migrate to northern, industrial cities in search of a better life and economic opportunity.

In 1910, the population of Central Harlem was roughly 10 percent African American. By 1916, recruiters from two northern railroads, the Pennsylvania and the New York Central were successfully drawing black workers away from southern cities. Due to economic conditions, White militancy, and Jim Crow laws, 16,000 African-Americans left Jacksonville alone between 1916 and 1917 as a part of the first Great Migration.

The result was that by 1930, African-Americans accounted for 70% of Harlem’s population and it had become associated with the New Negro movement. The zenith of this “flowering of Negro literature,” as Harlem resident and former Jaxson James Weldon Johnson preferred to call the Harlem Renaissance, took place between 1924 and 1929. 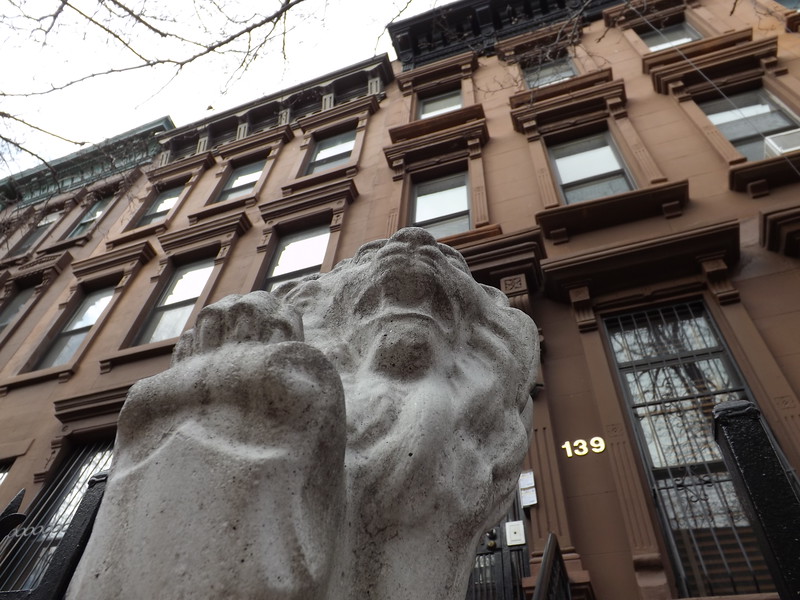 Like many vibrant early 20th century urban communities, Harlem was hit hard by the Great Depression, riots, urban renewal and desegregation during the racially turbulent mid-20th century. After suffering through the crack cocaine epidemic, Harlem’s population rebounded by 16.9% between 1990 and 2006. Between 1990 and 2006, the neighborhood’s population grew by 16.9%. Located immediately north of Central Park, Harlem’s 1.4 square mile land area is home to nearly 200,000 residents. Here is a look at some sights and scenes from this major historic center of African American culture and heritage.

Running east -west and anchored by the famous Apollo Theater, 125th Street is often considered to be the “Main Street” of Harlem.

The intersection of Martin Luther King Boulevard and Amsterdam Avenue.

The intersection of Frederick Douglass Boulevard and West 116th Street.

Built in 1914, the Apollo Theater was the home of Showtime at the Apollo, a national show that showcased new talent from 1987 to 2008.