Prior to the 1960 opening of Interstate 95, Moncrief Road was the main thoroughfare connecting Northwest Jacksonville to Downtown. The intersection of Moncrief Road and Myrtle Avenue was once known as The Point. Serving as the commercial heart of Moncrief, The Point is where Northwest Jacksonville’s Black-owned streetcar line ended. Today, it is home to a number of businesses serving the community, including Holley’s BBQ. Dating back to 1937, Holley’s is Jacksonville’s oldest continuously operated barbecue joint.

St. Matthews Baptist Church is currently being used as a site to administer COVID-19 vaccines to residents who are 65 years of age and older.

Located at the intersection of West 28th Street and Moncrief Road, Simonds-Johnson Park was established in 1955.

The First Tabernacle Beth El is located at 3401 Stuart Street. It is one of 35 Church of God and Saints of Christ tabernacles located in the United States. The sanctuary was built in 1959. Brentwood Golf Course is located on the north side of Moncrief. Originally opened in 1923, the Jacksonville Municipal Golf Course was designed by famed Scottish golf architect Donald Ross. During the 1960s, an effort by the Black community to desegregate the golf course led to the City selling the public facility to avoid integration. After the golf course was closed, a portion of the property was redeveloped into the A. Philip Randolph Academy of Technology. In 2000, the remaining property opened as a nine hole golf course under the direction of The First Tee.

The ruins of Seaboard Allied Milling Corporation, Florida’s first flour mill. Due to being a historic Black community, Moncrief has been redlined and disproportionately zoned to allow for land uses that are considered incompatible with residential neighborhoods in the traditional White areas of Jacksonville. 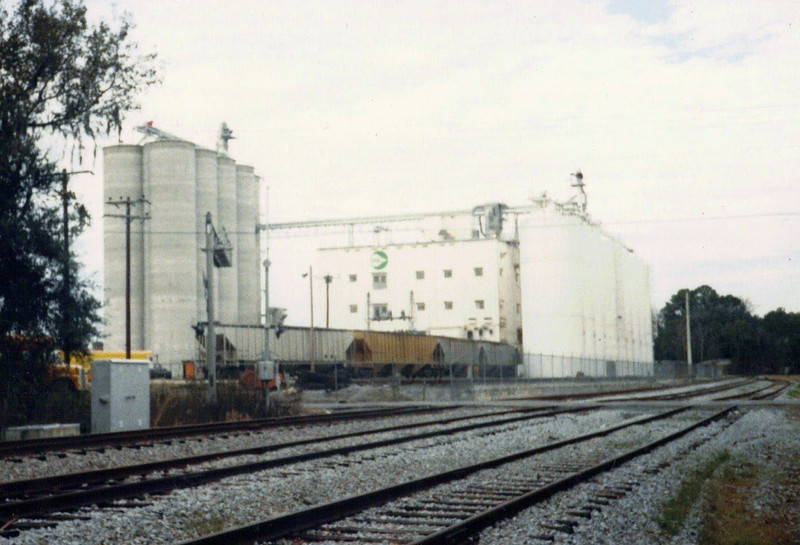 The Expressway Industrial Park and Moncrief Creek serve as the western border of Moncrief.

Brown’s Dump was a 50-acre site at the intersection of Pearce Street and West 33rd Street that was used as a landfill for the disposal of ash from the City’s municipal solid waste incinerator from 1949 to 1953. To maintain its belief in segregated public schools, in 1955, the Duval County School Board acquired the contaminated property to construct Mary McLeod Bethune Elementary School for African American students. In 1999, after concerns from parents worried about their children’s health, the school began to lose funding due to students transferring to other schools. In 2001, the school was closed for good.

Martin Luther King Jr. Parkway forms the southern border of Moncrief. During the 1950s and 60s, a large part of Moncrief was taken and properties were razed for the construction of Interstate 95 and the 20th Street Expressway. This created a large network of dead end streets in a walkable community with an established street grid. In 2000, the Jacksonville City Council voted to rename the the expressway after slain civil rights leader.