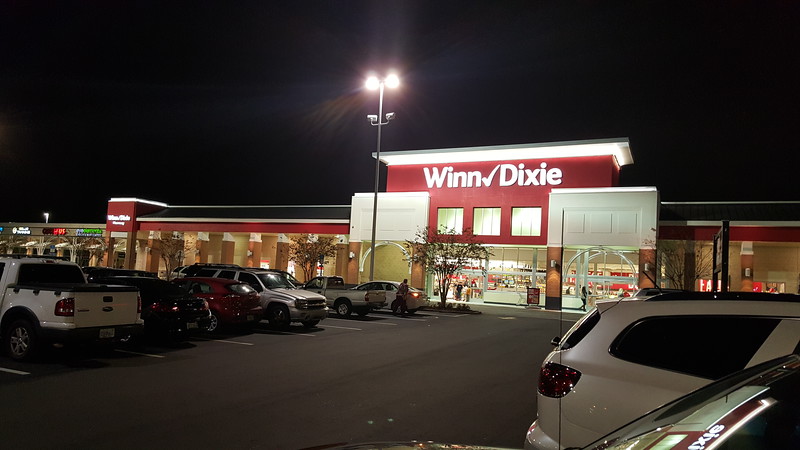 In 2012, Winn-Dixie was acquired by Greenville, SC-based BI-LO Holdings in a merger that saw Jacksonville remain the combined chain’s headquarters. In 2015, BI-LO Holdings changed their name to Southeastern Grocers with Winn-Dixie being a wholly owned subsidiary.

Dating back to 1864, when William Worrall Mayo moved to Rochester, Minnesota to serve as an American Civil War examining surgeon, Mayo Clinic had developed a world-class reputation in the healthcare industry by the 1970s. At the time, the Rochester Clinic was bursting at the seams, seeing more than 280,000 patients a year and earning more than $600 million in revenue annually.

During a winter examination, long-time patient J.E. Davis, teased his doctor of how myopic it was for the institution to have a marketing strategy based on having its only location in a frigid place like Minnesota.

By 1979, Davis had convinced the Mayo Board of Trustees to seriously consider Jacksonville as a solution to the physical constraints of the Rochester facility and a financial opportunity to tap into the Sunbelt’s growing popularity.

In 1982, Davis made Mayo an offer it could not refuse by spearheading a $6 million corporate fund-raising drive along with a donation of 140 acres of his property to the clinic. To up the ante, the offer was based on the condition that Mayo had to commit to build on the property at Butler and San Pablo boulevards within five years or the land would be turned over to another medical-related project.

Plans for Mayo Clinic’s first expansion outside of Minnesota was announced in Jacksonville in August 1984. Estimated to cost $35 million, the development would feature a five-story steel structure designed to accommodate the addition of another nine floors in the future. Furthermore, the decision to put Mayo Clinic near the Intracoastal Waterway gave the city the incentive to run utility lines into southeast Duval County, paving the way for for much of the Southside’s development over the following decades.

Groundbreaking took place on Friday, May 10, 1985 with more than 600 guests and 300 community leaders in attendance, including Mayor Jake Godbold, Governor Bob Graham, Reverend Billy Graham and Paul Volcker, chairman of the Federal Reserve System and trustee of the Mayo Foundation.

Mayo Clinic Jacksonville celebrated its grand opening on October 3, 1986 with a staff of 160 and 35 physicians and Dr. Thane Cody as its first chief executive.

Today, the institution is a comprehensive medical campus employing 6,000, with the latest development underway being a $50 million, 104,350-square-foot expansion of the Mayo South Building. When complete, the project will provide space for cardiovascular, cardiology and cardiothoracic surgery programs, expansion of the spine center and pain rehabilitation programs, surgical rooms, laboratory expansion and a molecular imaging center for radiology. Like the initial offer that drew Mayo to Jacksonville, this project was made possible with a financial donation from the Davis family. What began as a dream of Winn-Dixie’s J.E. Davis continues to expand and serve as a living example of the lasting economic impact that companies can have on the communities they call home.