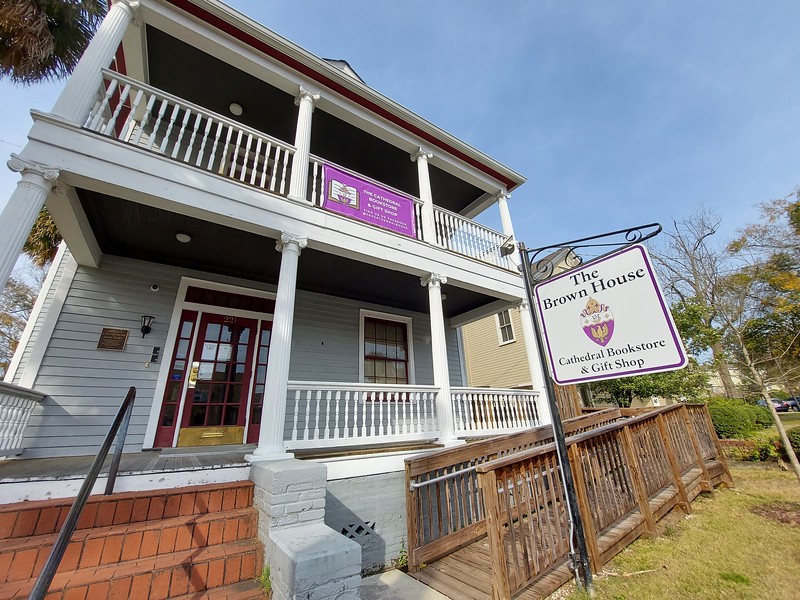 Platted by Isaiah D. Hart in June 1822 as a part of the original 20 block town of Jacksonville, the Cathedral District is one of the city’s oldest surviving pedestrian scale neighborhoods. The Cathedral District is a 36-block area around St. John’s Cathedral in Downtown Jacksonville. Encompassing 118 acres, it is currently being redeveloped into a leafy, green, vibrant neighborhood where a diverse array of residents can live, work, and play together.

The District extends north to south from State Street to Adams Street and east to west from Main Street to N. Liberty Street. It embraces five historic houses of worship, including the Cathedral, First Presbyterian Church, First United Methodist Church, the Basilica of the Immaculate Conception, and Historic Mt. Zion A.M.E.

A part of the Downtown Jacksonville National Register Historic District, much of what remains today was developed immediately following the Great Fire of 1901, which is noted for being the third largest urban disaster in the country, behind the Chicago Great Fire of 1871 and the 1906 San Francisco Earthquake and Fire.

By 1910, 74% of Jacksonville’s documented early Italian immigrant community resided in the Cathedral District and neighboring East Jacksonville. Many came to America from rural southern Italy, with surnames such as Diorio, Bianco, Castellano and Cesery, working locally as tailors, fruit dealers, grocers, barbers, shoemakers and other trades. Others were musicians, who were employed with Albert Corrado’s Italian Band, which played in the bandstand at Phoenix Park in 1910.

This church property was originally on the outskirts of town at the crest of “Billy Goat Hill”. When the city expanded, the church was left in place and the street grid was developed around it. This Gothic Revival complex was built in 1903 to replace the 1877 building, which was destroyed by the Great Fire of 1901.

The St. Johns parish was established in 1834, five years after the first episcopal service was held in Jacksonville. In 1842, the church constructed its first building on the crest of Billy Goat Hill, then considered to be the highest point in the city. The congregation’s original structure was destroyed by the Union Army during the civil war. A second building completed in 1877, was destroyed by the Great Fire of 1901. 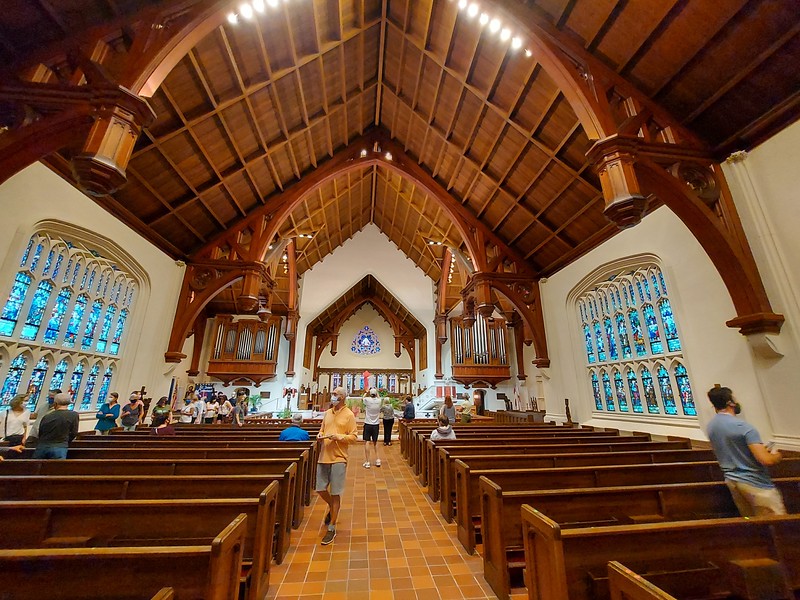 New York architect Edward Potter, who designed the destroyed building in 1877, was hired to design this structure. Built on the foundation of the previous building, this sanctuary was completed for Easter Services in 1906. Elevated to status of Cathedral of the Diocese of Florida, the St. John’s Episcopal Cathedral is one of Jacksonville’s most important architectural landmarks.

Parks at the Cathedral Townhomes

Situated on the top Billy Goat Hill, a burial plot for St. John’s Episcopal Church members was developed on this site during the 1830s. Public records indicate that the cemetery was relocated in 1859. However, time has proven that the long-time assumption of bodies being relocated was inaccurate. In 1960, public workers digging under a nearby street, discovered the remains of three human skeletons.

In 2001, A JEA work crew discovered five more human skulls while installing underground utilities for the nearby Parks at the Cathedral townhome development. While this may look like the middle of a developed neighborhood, the heart of the Cathedral District may be Jacksonville’s oldest burial ground. 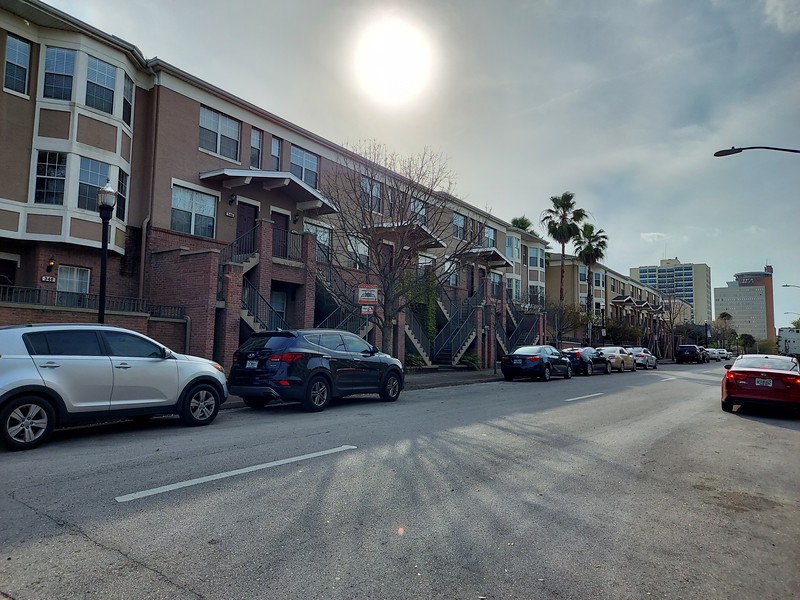 The Young Women’s Christian Association building was built in 1949. In recent years, it was the location of Community Connections. Now local developer Vesctor plans to renovate the former YMCA building into a 120-unit apartment complex. The project, which has been dubbed “Lofts at Cathedral”, is expected to cost $28.8 million. 30 apartments would be within the YWCA building. The remaining 90 units would be new construction. Vestcor anticipates construction starting in 2022.