The History of West Tampa

West Tampa is one of the oldest neighborhoods in Tampa. It was largely developed by Hugh Macfarlane, a Scottish immigrant who acquired 200 acres west of the city, in an effort to attract cigar manufacturers to his development during the early 1890s. Growth was slow until Macfarlane successfully completed a bridge over the Hillsborough River in 1894, leading to West Tampa’s incorporation as a municipality in with 2,335 residents in 1895. Home to a large Cuban immigrant population, by 1900 it had grown to become larger than Tallahassee. A streetcar line completed in 1903 attracted additional growth, pushing West Tampa to become Florida’s fifth largest city in 1912 with a population of 8,258. On January 1, 1925, it was annexed by Tampa.

Howard Avenue in West Tampa in 1918. (State Archives of Florida)

A Chitlin Circuit destination, famed musicians associated with West Tampa include Charles “Charlie” Brantley. Born and raised in West Tampa, he established is own Rythem and Blues group, Charlie Brantley and the Original Honey Dippers in 1944. A role model to young musicians, Brantley let a young Ray Charles stay at his West Tampa home, when Charles arrived in Tampa in 1946. 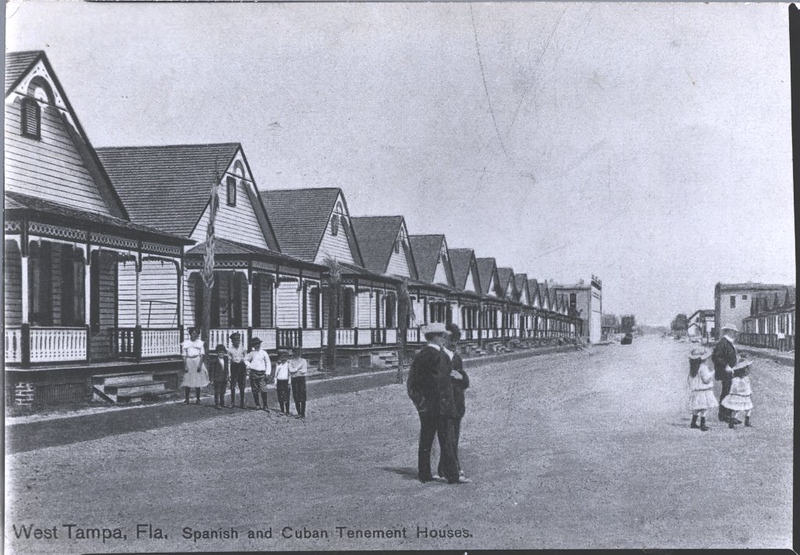 During the 1950s and 1960s, the number of Cuban residents increased in the neighborhood as a result of Fidel Castro’s revolution and the decline of nearby Ybor City. Like many Black and Brown communities across the country, it was negatively impacted by the construction of the interstate highway system. During the 1970s, the construction of Interstate 4 (now Interstate 275) resulted in the highway becoming an artificial barrier dividing West Tampa in half. By 2000, Added to the National Register of Historic Places in 1983, by 2000 African Americans made up 64% and Latinos of any race were 28% of the neighborhood’s population. Home to many historic brick cigar factory buildings, bodegas and hole-in-the-wall cafes, today it is home to the highest concentration of Latinos in the city of Tampa.

Armenia Street was named after the Armina Cigar Factory that was owned by West Tampa founder Hugh Macfarlane.

Funded with a grant from Andrew Carnegie, the West Tampa Free Public Library at 1718 North Howard Avenue opened in 1914. It is one of eleven Carnegie libraries built in Florida.

The Hillsborough Education Foundation is located in the former West Tampa branch of the Centro Español club. Designed by architect Fred J. James, the Mediterranean Revival building with Moorish details was completed in 1913 for the mutual aid society. 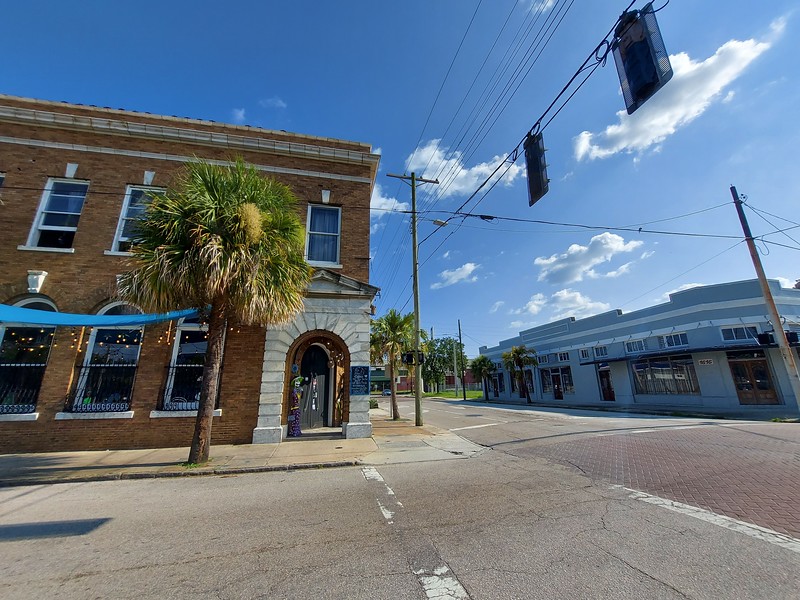 The Bank of West Tampa building at 1617 North Howard Avenue. 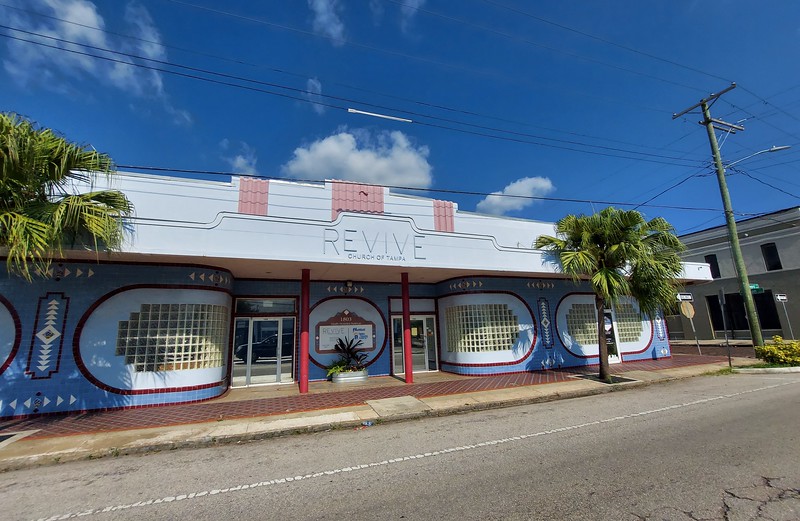 The Revive Church of Tampa is located in the Guida Building at 1801-03 North Howard Avenue. The Guida building was the location of Francesco M. Guida Grocery. Guida was a Sicilian immigrant. His son George, was a civic leader, banker and builder who was known as “Mr. West Tampa.” 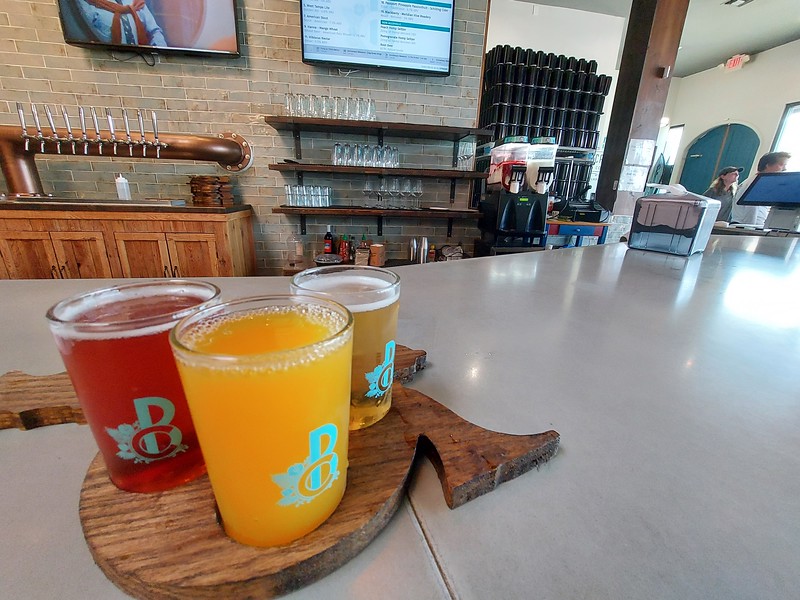 The Bay Cannon Beer Company at 2106 Main Street opened in 2019. The building it occupies was once a performing arts venue and once a fish market.

Now featuring a mural, the Simovitz Building was erected in 1920 at 2113 West Main Street as a general store operated by the Simovitz family.

Located at 2132 West Main Street, the Bar-B-Que King is a family operated business that has been featuring oak-smoked ribs, chicken, sausage and pulled pork for more than 50 years.