Completed in 1895, the Milwaukee City Hall was the city’s tallest until 1973.

Completed in 1895, the Pabst Theater is the fourth-oldest continuously operating theater in the country.

The Juneau Avenue Bride over the Milwaukee River.

Looking south along North Broadway at the Milwaukee Athletic Club (MAC). The MAC is now in the process of being renovated into a mixed-use project featuring 54 luxury apartments.

Completed in November 2018, the Hop is a modern streetcar line that connects the Milwaukee Intermodal Station with Downtown, the Lower East Side and Historic Third Ward neighborhoods. There are 18 stops along the 2.1 mile streetcar line.

The Pfister Hotel on East Wisconsin Avenue was completed in 1893.

Northwestern Mutual Tower and Commons were completed in 2017. The new $450 million 32-story skyscraper is 550-feet tall.

The Reiman Pedestrian Bridge was designed by Santiago Calatrava.

Designed by Dan Kiley, Cudahy Gardens by serves as the arrival plaza of the Milwaukee Art Museum.

The Oak Leaf Trail is a multi-use trail system with more than 135 miles of trails throughout Milwaukee County and along Lake Michigan lakefront.

The North End South Building on North Water Street. This section of Water Street was once a part of the Park East Freeway network. Constructed during the 1960s, the freeway spur was removed through the use of Federal and local funds during the early 2000s in favor of an at-grade, six-lane boulevard and reconnected street grid.

Completed at the cost of $524 million in 2018, the 17,341 seat Fiserv Forum is the home of the Milwaukee Bucks of the National Basketball Association and the Marquette Golden Eagles men’s basketball team of Marquette University.

The Pabst Brewing Company was founded by Jacob Best in 1844 and named after Frederick Pabst in 1889. Over the years, the Pabst Brewery just west of Downtown Milwaukee became renowned for its brewery tours. In 1985, the company was purchased for $63 million in a hostile takeover by Paul Kalmanovitz. In 1996, Pabst contracted out its entire beer production to Detroit based Stroh Brewery Company, resulting in the closure of the historic brewery complex.

The former 21-acre Pabst Brewery has since been renovated into a mixed use neighborhood known as the Brewery District. The redevelopment features a mix of historic brewery and new infill buildings containing educational, office, residential, lodging, event space, dining, retail and entertainment uses. It also contains several craft breweries. 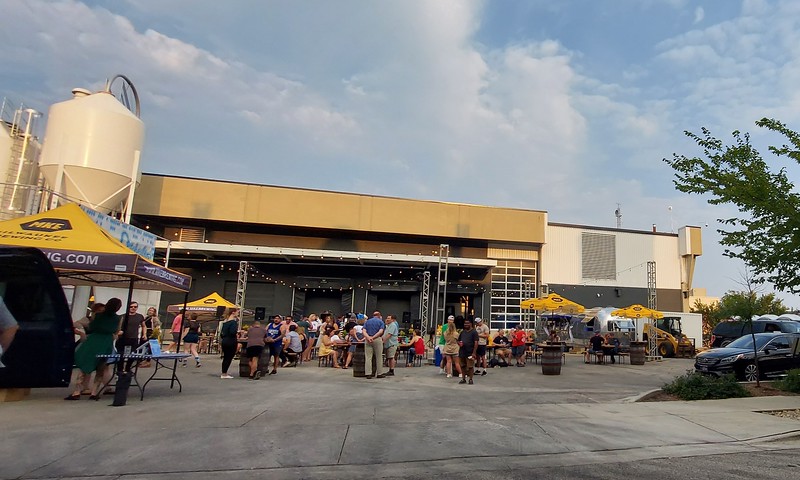 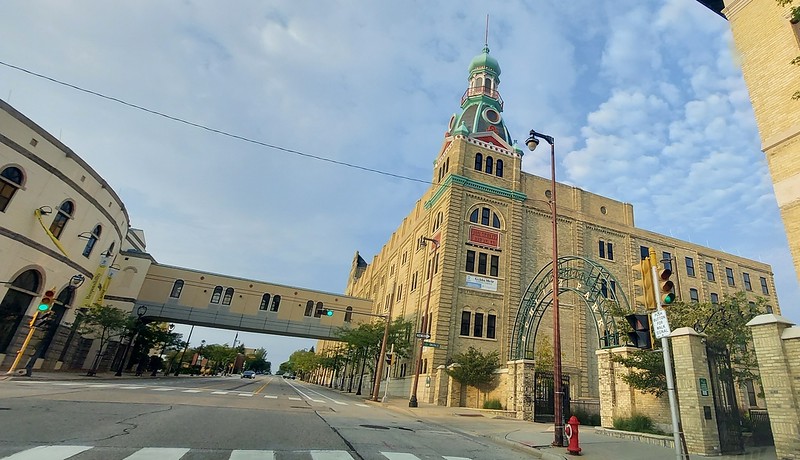 Established in 1849, the Joseph Schlitz Brewery Company became the country’s largest beer producer in 1902 and maintained that title consistently through the mid-20th century. The company’s flagship Milwaukee brewery closed in the early 1980s after a hostile takeover by Detroit based Stroh Brewery Company. While the Schlitz brewhouse was razed in 2013, the remaining brewery buildings were redeveloped into a office complex called Schlitz Park. Tenants at Schlitz Park include the Milwaukee Bucks, AECOM, HSA Bank, Badger Liquor and UMB Fund Services.