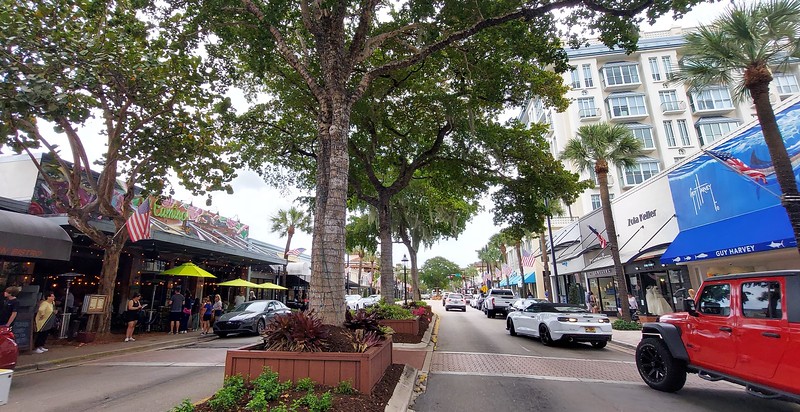 Completed in 2017, the 455-foot Icon Las Olas (tower on the left) is the tallest building in Downtown Fort Lauderdale.

The 19-story Tru by Hilton Fort Lauderdale Downtown opened in 2019.

The Museum of Discovery and Science.

The Fort Lauderdale Riverwalk runs along the north side of the New River between SW 7th Avenue and SE 5th Avenue.