With the coffee industry expected to grow annually by 4.32% and proving to be recession-proof throughout the pandemic, Jacksonville has become a coffee drinking expansion market. Here are seven coffee chains aggressively targeting Jacksonville for expansion.

Bitty & Beau’s Coffee was founded in 2016 in Wilmington, North Carolina by Amy and Ben Wright. Parents of children born with autism and Down syndrome, the business was created to be operated by people with intellectual and developmental disabilities.

Since its establishment, Bitty & Beau’s Coffee has grown to 23 shops across 12 states and Washington, D.C. with over 200 employees. Bitty & Beau’s is now expanding into Florida with the opening of a new 1,700-square-foot coffee shop in Jacksonville’s San Marco Square at 1965 San Marco Boulevard. 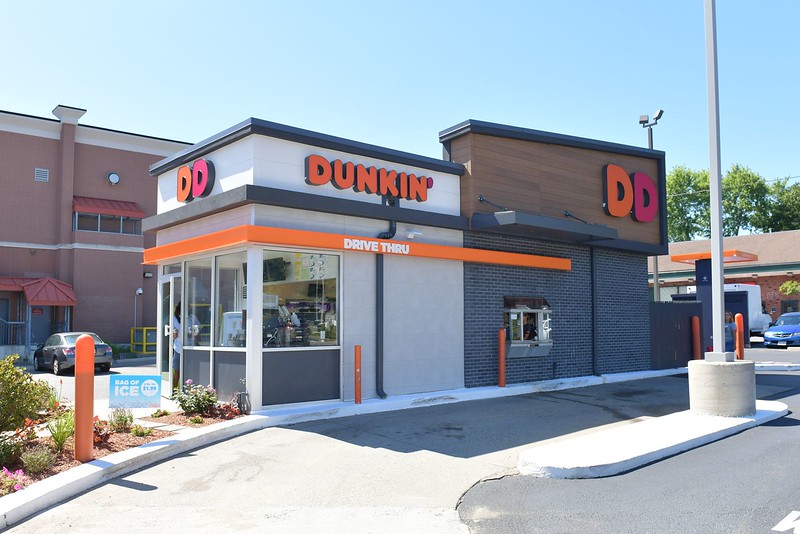 Headquartered in Canton, Massachusetts, Dunkin is aggressively expanding its Go model in Jacksonville. The Go model is a drive-thru and walk-up concept, with no indoor seating, designed for maximum flexibility and efficiency through a reduction of contact delivery for customers to access Dunkin’s products. Locations on County Road 210 in St. Johns County and New Berlin Road in Oceanway were the first two Go locations confirmed in Northeast Florida.

Ellianos Coffee plans to open up to twelve locations throughout Jacksonville’s metropolitan area after experiencing unprecedented growth during the pandemic. The Lake City-based premium coffee brand was founded in 2002 by Scott and Pam Stewart to serve “Italian Quality at America’s Pace.”

Orlando-based Foxtail Coffee Company was founded by Alex Tchekmeian and Iain Yeakle in 2016. The first café and roasting facility and began roasting coffee on-site, kegging cold brew, and supplying wholesale coffee to local restaurants. Today Foxtail Coffee Company is a neighborhood café based on the basic principles of roasting great coffee that guests can enjoy in an inviting and comfortable environment.

The Human Bean established its first drive-thru espresso location in Oregon in 1998. Offering franchises since 2002, today the Medford, Oregon-based brand has over 300 locations open or under development in 25 states.

Identified as The Human Bean Jacksonville, area franchise owner Vershel Enterprises LLC, plans to open four high volume espresso drive-thrus throughout the city. The first store will be a 562-square-foot drive-thru will located in the Westside. It is anticipated that the drive-thur will open at 7900 Normandy Boulevard by early 2023.

Scooter’s Coffee was founded in 1998 in Bellevue, Nebraska by Don and Linda Eckles. Their keys to success were to find a great location and stay committed to high-quality drinks, speed of service, and a BIG smile. Initially known as “Scooter’s Java Express,” the name was changed to “Scooter’s” because it fit well with the chain’s mission to keep customers happy by helping them “scoot in and scoot out” quickly.

Now based in Omaha, Nebraska, the rapidly growing coffee chain has nearly 400 stores spread across 23 states with plans to open 1,000 stores by 2024. In Northeast Florida, Scooter’s plans to open 16 or more locations in the market, with 12 locations already in development.

7 Brew was founded in 2017 and born from a desire to change drive-thru coffee into a fun, mind-blowing experience. The Arkansas-based chain’s name is derived from the Bible where the number 7 is said to indicate completion or perfection.

According to their website, 7 Brew is cranking out all kinds of custom-hand crafted drinks and is much more than just a coffee stand. Since opening the first location in Rogers, Arkansas, 7 Brew has 19 locations in Arkansas, Missouri, Kansas, Texas, South Carolina and Nebraska.

7 Brew now intends to add 165 new locations across Florida. At least three 600 square-foot drive-thru shops with no interior seating are now planned to open in early fall in Jacksonville. These locations at Gerona Drive East, Normandy Village Parkway and Atlantic Boulevard in Neptune Beach are in the process of development by 7 Venture, Inc.