The Jones Brothers Furniture Building was founded in 1902, following the boom that occurred after the Great Fire of 1901. It was owned by W.G. and Michael K. Jones, who employed their younger brother R.L. Jones to work in the store. They had a building built in 1913 on Main Street which was later demolished in the 1960s. By 1910, R.L. Jones started a rival company, Standard Furniture. In 1926, he developed this building, one story taller than his brothers’ six story building, to house his prospering business. Designed by Jefferson D Powell, the building was constructed out of reinforced concrete and features Mediterranean Revival detailing at its upper level, as well as originally having a suspended canopy over the main entrance. Other notable features include prism glass above the street-level entrance, the seventh-floor windows with their wrought-iron balconies and spiral columns, and a decorative wrought-iron staircase visible from inside the lobby. In later years, R.L. Jones’ sons purchased Jones Furniture Company and merged the two companies together, forming one of the largest family owned businesses. They kept the Jones Brothers name and continued operating out of the Hogan Street building.

The April 21, 2022 DDRB Hybrid Virtual In-Person Meeting will be held at 2:00 P.M. Attendees may participate in person or virtually.

Interested persons desiring to attend this meeting virtually can do so via Zoom (including by computer or telephone) using the following meeting access information:

Here is a look at the proposed development plan for the project, which is up for DDRB conceptual design approval at 2:00 P.M. on April 21, 2022. 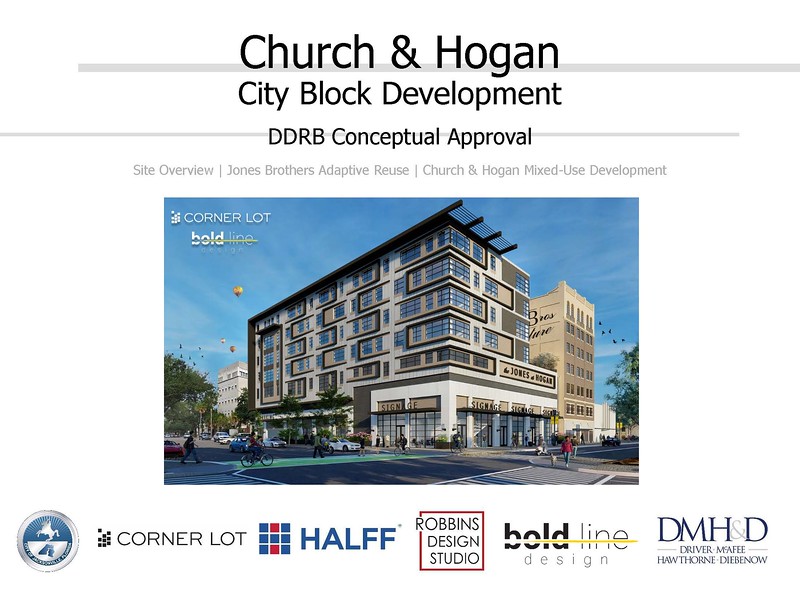 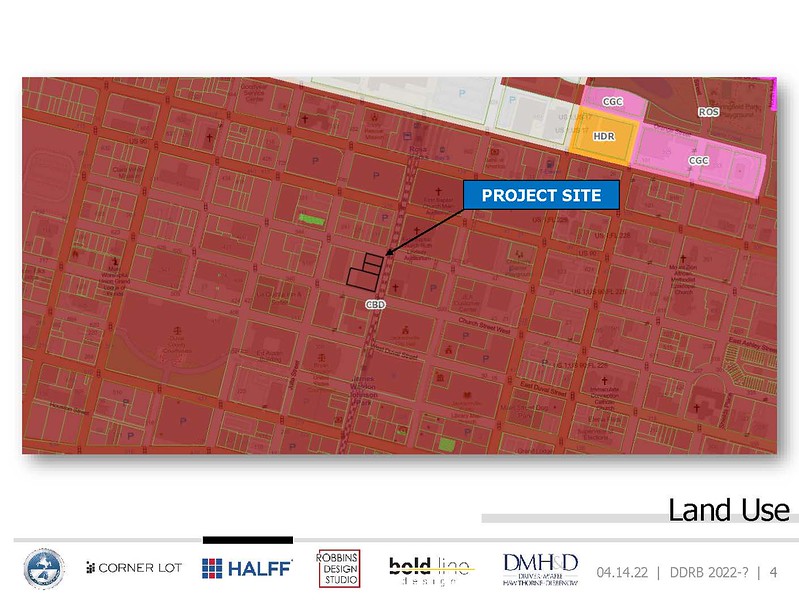 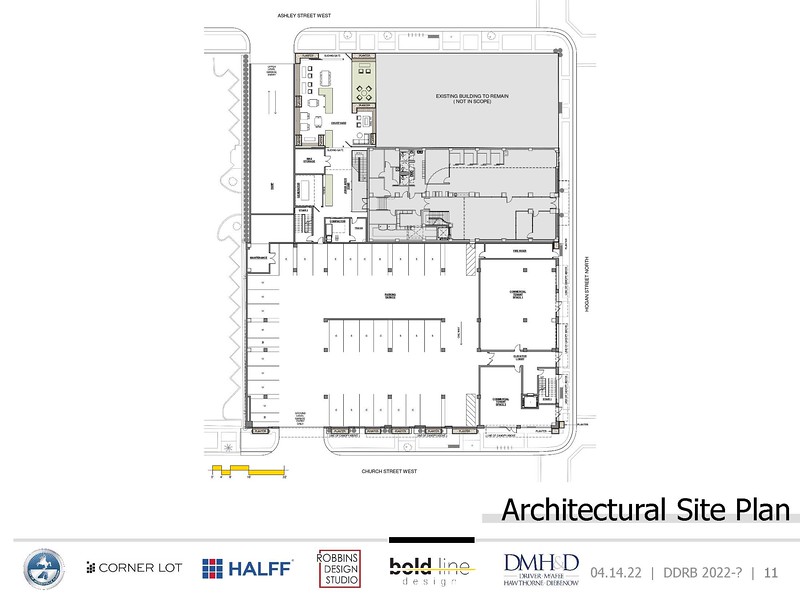 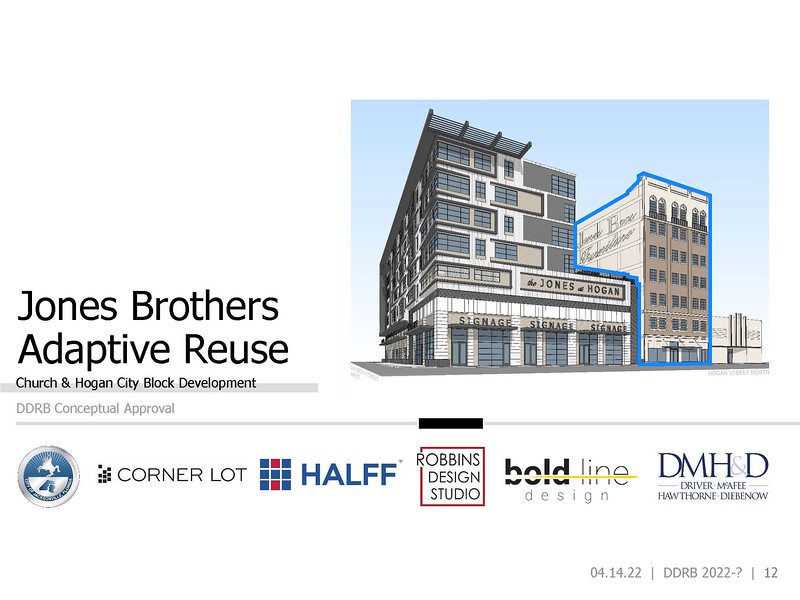 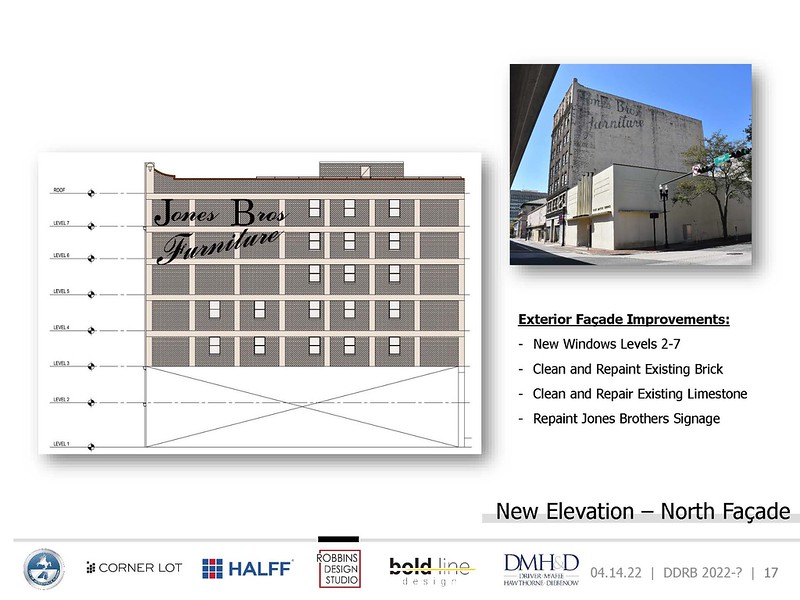 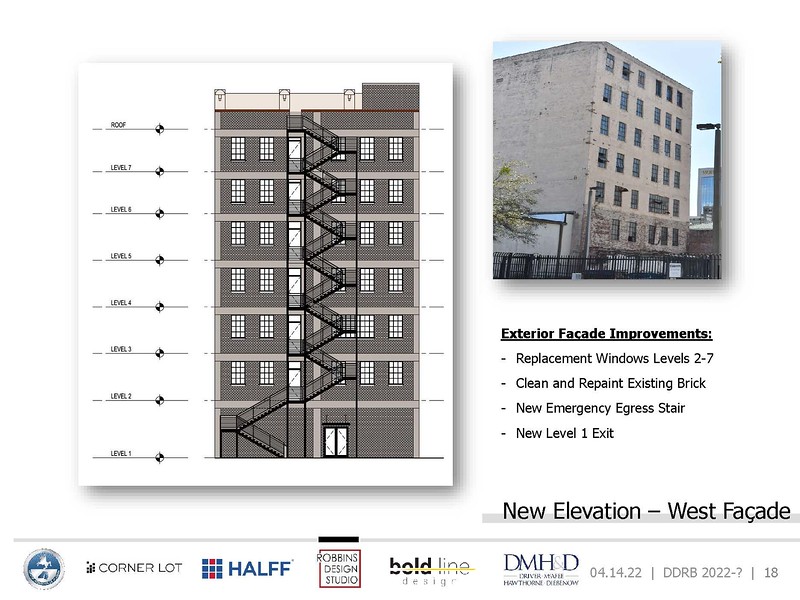