While it took the Utah Transit Authority (UTA) 10 years to go from planning to operating their initial TRAX light rail transit (LRT) lines, 15 years have passed and Jacksonville is no closer to investing in any form of fixed rail transit than it was at that time. While time has moved slowly in Northeast Florida, Salt Lake City’s LRT system has continued to pay dividends.

Despite initial skepticism, TRAX now enjoys broad support. Since our 2007 article, TRAX has expanded from a 19-mile, 24 station LRT system into a 46.8-mile network with 44 stations. In addition, UTA began operation of the FrontRunner commuter rail system in 2008. Today, FrontRunner is an 88-mile system that ties Salt Lake City with the cities of Ogden and Provo. In 2013, UTA launched the S-Line. Stretching two miles in length, this modern streetcar line connects the Sugar House neighborhood of Salt Lake City with the neighboring city of South Salt Lake, and the TRAX light rail system.

TOD has continued to mushroom throughout the Salt Lake City metropolitan area in the vicinity of its numerous transit stations. Streets that were once characterized by surface parking lots, fast food restaurants and strip malls are now transforming into higher density, multi-modal friendly environments.

Validating our position 15 years ago, Salt Lake City continues to serve as an example for low density communities across the country of what can when public transportation investment is intentionally linked with supportive local land use and zoning policies. 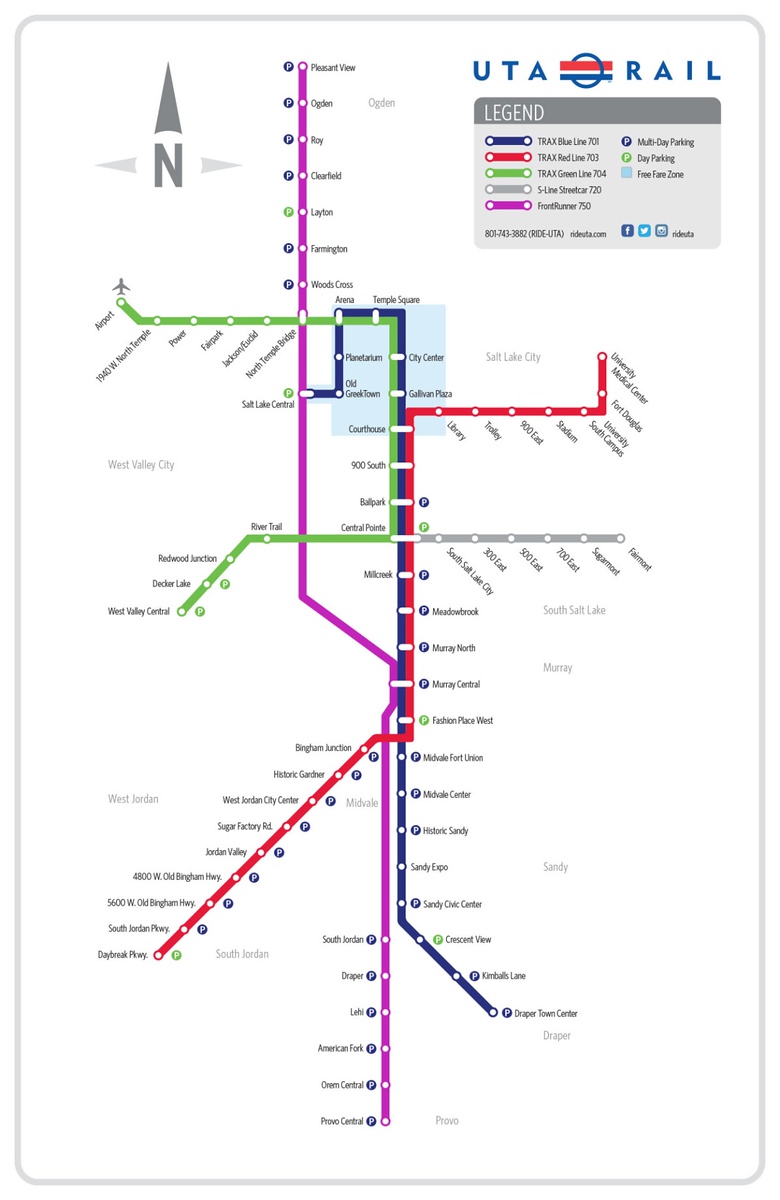