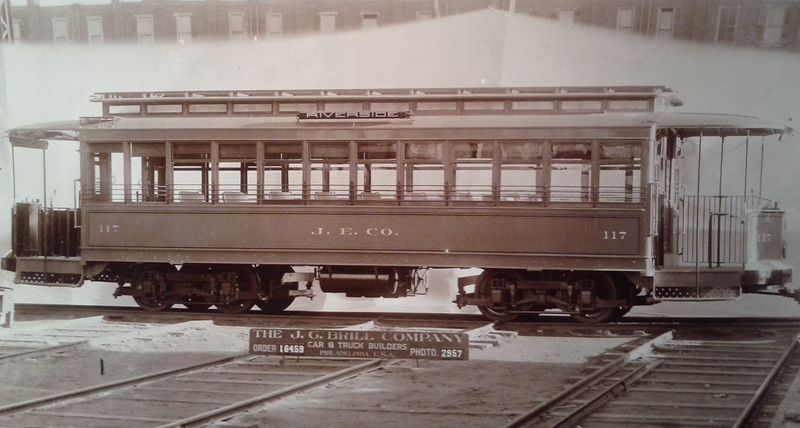 A Jacksonville Electric Company streetcar. This streetcar company was originally established by Henry B. Plant. It would grow to become Florida’s largest streetcar system.

Plant didn’t just introduce Jacksonville and Central Florida to the rest of the country with his railroads. He also changed Jacksonville’s urban landscape forever with his investment in the city’s streetcar network. In 1879, Plant and his associates formed the Jacksonville Street Railway Company. Soon his streetcars connected downtown with Fairfield, LaVilla and what would become Riverside’s Five Points.

A year after LaVilla’s Jacksonville and LaVilla Street Railway was established in 1884, Plant brought it out as well. Plant also acquired the Eastside’s new streetcar line, the Jacksonville and Suburban Railway in 1887.

In 1893, Plant, along with the Florida Central and Peninsular Railway and the Jacksonville, St. Augustine and Indian River Railway purposed to build a grand union terminal station just west of downtown, chartering the Jacksonville Terminal Company with $1 million in capital. In 1895, his streetcar system was converted from mules to electricity and extended north of Panama Park. Plant would also acquire Springfield’s Main Street Railroad, giving his companies 15 miles of streetcar lines throughout the city. Plant System advertisements for Florida’s West Coast during the Gilded Age. Courtesy of the State Archives of Florida.

By 1895, the Plant System connected several southern states and Cuba with Florida.

In 1902, the Atlantic Coast Line (ACL) Railroad acquired the entire Plant System. In 1955, the ACL announced that it would construct its headquarters in Jacksonville instead of Wilmington (their historic headquarters city), Savannah or Charleston. Built on top of the wharves developed by Henry B. Plant 80 years earlier, the ACL’s new downtown Jacksonville headquarters office complex was finished in July 1960.

The 38.2 mile Fred Marquis Pinellas Trail in Downtown Dunedin. The trail was formerly a part of the Orange Belt Railroad route between St. Petersburg and Sanford. 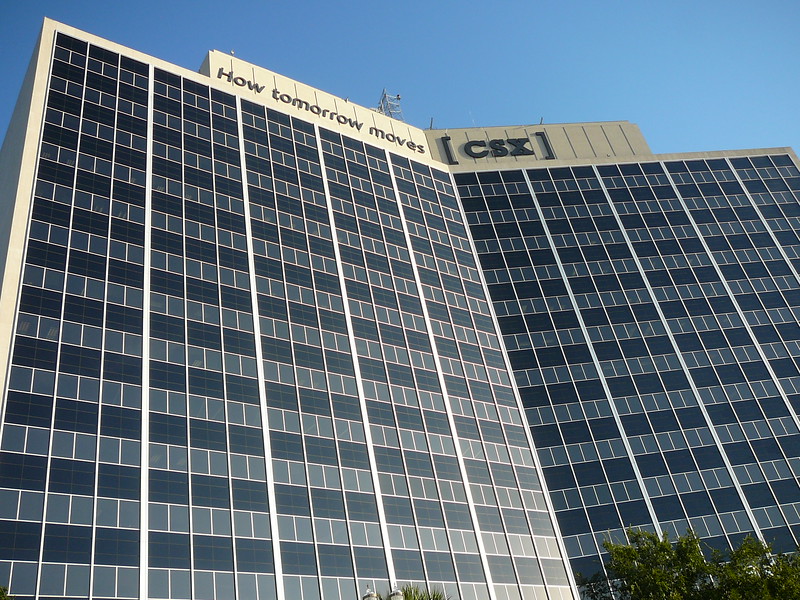 The CSX Buildings sits on the site that Henry B. Plant developed his railroad’s wharves during the 1880s. After his death, his system of railroads were acquired by the ACL in 1902. The ACL constructed this tower to serve as its headquarters in 1960.