Simply put, gentrification is the change that comes to a neighborhood where an influx of money is invested. In other words, it’s about raising the value of an area: the process tends to result in wealthier people moving in, the growth of businesses supporting the newcomers, increased property values, and related changes. Traditionally, gentrification has been associated with interventions by forces outside of the community, and it frequently comes with negative impacts for the existing residents. Significantly, rising property values also raise the cost of living, frequently displacing the neighborhood’s older residents.

Over the last two decades, Jacksonville’s Urban Core has experienced gentrification in several areas, notably in Springfield and Brooklyn.

In contrast to gentrification, “withintrification” refers to revitalization that’s driven by the people already in the neighborhood. It means identifying assets in the community, bringing them together under common objectives, and raising the value of the place from within at a pace appropriate for revitalizing the existing community, not displacing it. The current residents of the community take the lead in revitalization, rather than newcomers or outside developers telling residents what they need and ultimately pricing them out. The term was coined by University of Pittsburgh professor Pastor John Wallace.

While common thought is that displacement is inevitable as revitalization occurs, there are examples that suggest otherwise. The Deuces is a historically African-American neighborhood in St. Petersburg, Florida, centered on the commercial strip on 22nd Street South (the name refers to the two “2s”). Located just a mile from Downtown, the Deuces was a bustling hub for the city’s black community during segregation. Like many urban African-American communities, the strip declined in the later 20th century as many residents took advantage of the end of segregation to pursue opportunities elsewhere. In the 21st century, the community took the lead in a revitalization effort that has brought considerable reinvestment to the historic corridor. The Deuces Live, Inc. formed to highlight and build upon the neighborhood’s existing assets.

In a rare feat for an African-American district, in 2001, The Deuces was designated part of the Florida Main Street program, which provides technical assistance for traditional commercial corridors and advocates a return to community self-reliance. The Deuces Live uses Florida Main Street’s four-point approach to revitalization:

Further investment has followed these coordinated efforts. In 2008, the city extended the Fred Marquis Pinellas Trail, a 47 mile linear park running along an abandoned railroad corridor, through the Deuces to connect with Downtown St. Petersburg. Today, nearly 1 million people use the Pinellas Trail each year, with over 40% using it to commute. The city has also included the Deuces in the Southside Community Redevelopment Area. In December 2019, Mayor Rick Kriseman unveiled a plan to invest millions in the Deuces to support existing businesses and encourage further job creation. Improvements include streetscapes, a park, a new African American Museum, and a mixed-use workforce housing development.

The Deuces’ successes so far reveal the efficacy of withintrification. With community-led investments enabling entrepreneurship opportunities for residents, once shuttered buildings across the Deuces have reopened for business, in turn increasing the economic power of those who work in and support them. After years of decline, in recent years the neighborhood’s core zip code has seen positive population growth across all racial groups. Starting around 1870, the Third Ward, nicknamed “The Tre,” became the epicenter of Houston’s black community thanks to the influx of emancipated enslaved from across the Gulf Coast. Since the 1990s, the neighborhood has faced gentrification as well as efforts to battle its negative effects.

The Third Ward has some elements that lend themselves to withintrification, including a light rail line and the Brays Bayou Greenway. The greenway project, funded by a $100 million bond issue approved by voters in 2012, connected Brays Bayou to a vast network of 150 miles of trails and linear parks along Houston’s arterial waterways. The extensive trail network is itself an anti-gentrification tool. Smaller projects like Atlanta’s BeltLine have seen gentrification occur nearby due to the scarcity of other property with good bicycle and pedestrian connectivity. In contrast, 60% of Houston’s 3.25 million residents now live within 1.5 miles of the trail network, enabling commuting opportunities throughout the city.

In 2017, the City of Houston included the Third Ward in its Complete Communities program, designed to give underserved communities the same resources and amenities as other areas. The vision is for residents to implement their own plans for healthier neighborhoods, supported by partnerships with banks, endowments, and other private entities. In 2019, the Third Ward was designated a federal Opportunity Zone, a project designed to encourage private investment through tax breaks.

Cities exploring withintrification should keep an eye on the Third Ward. The Brays Bayou Greenway is a real life example of what Jacksonville could do with the McCoys Creek and Hogans Creek restorations and the Emerald Trail. Time will tell the overall effectiveness of Houston’s anti-gentrification moves, but the progress so far and the possible potential could make the Third Ward a national model for community-driven, government-supported efforts to revitalize without displacement. 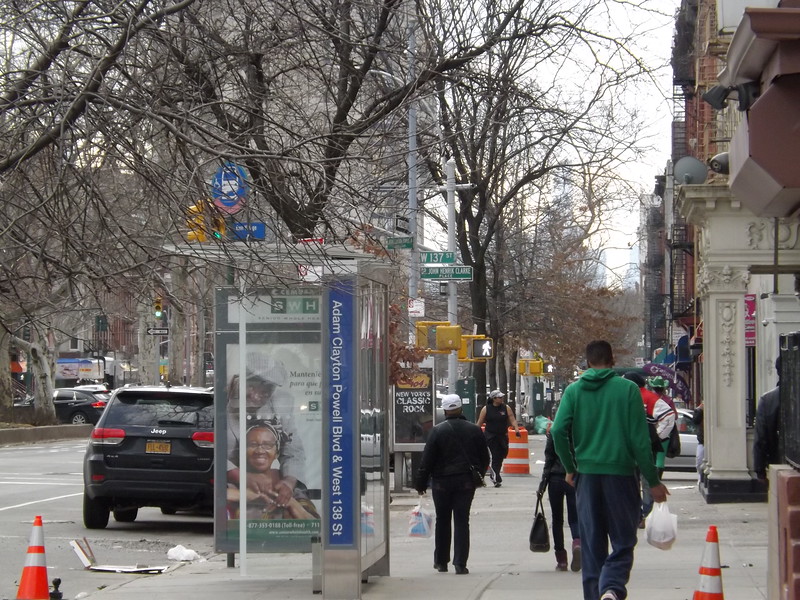 The northern Manhattan neighborhood of Harlem was the world’s largest black neighborhood for much of the early 20th century. Thanks to an active and engaged community, Harlem is a neighborhood where residents don’t have to worry about important cultural sites becoming craft breweries or yoga studios.

The Great Migration of black Southerners to the north in the early 20th century transformed Harlem into the nation’s premier African-American neighborhood. By 1930, African-Americans made up 70 percent of Harlem’s population. The South’s loss was Harlem’s gain as the newcomers initiated a great artistic and cultural movement known as the Harlem Renaissance. Its fame is such that even today, Southern cities from Atlanta to Jacksonville to Tampa refer to their historically vibrant black neighborhoods as the “Harlem of the South.”

Jacksonville’s ties with the Harlem Renaissance are significant. Leading Jaxsons who moved to Harlem during the early 20th century include brothers James Weldon and John Rosamond Johnson, A. Philip Randolph, “Ma” Rainey, Zora Neale Hurston, Frankie Manning, and Augusta Savage. James Weldon Johnson’s impact on Harlem was so great that 2,000 mourners attended his funeral in 1938.

Like many vibrant early 20th century urban communities, Harlem was hit hard by the Great Depression, riots, urban renewal and desegregation during the racially turbulent mid-20th century. Since 1990, growth has returned to Harlem. While housing prices have increased, significant community involvement over its future has allowed Harlem to grow, retain, and preserve its place as the country’s mecca for black culture. 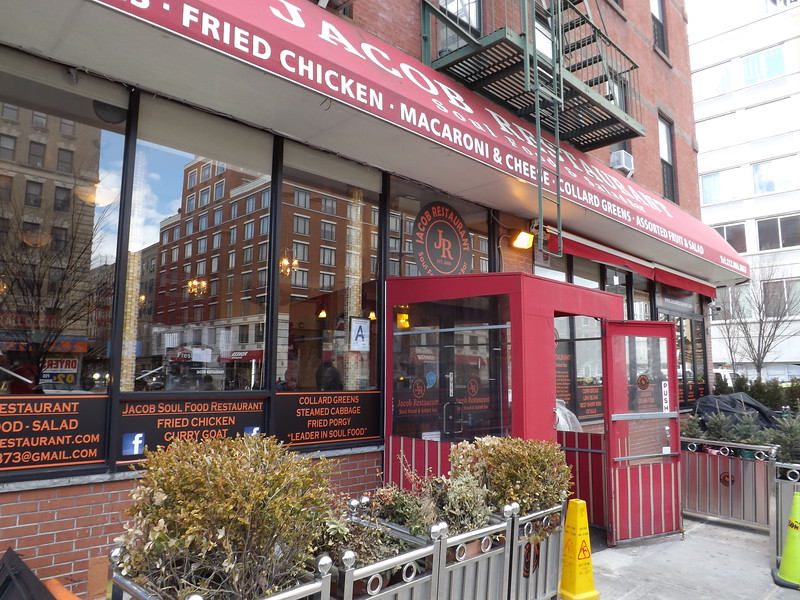 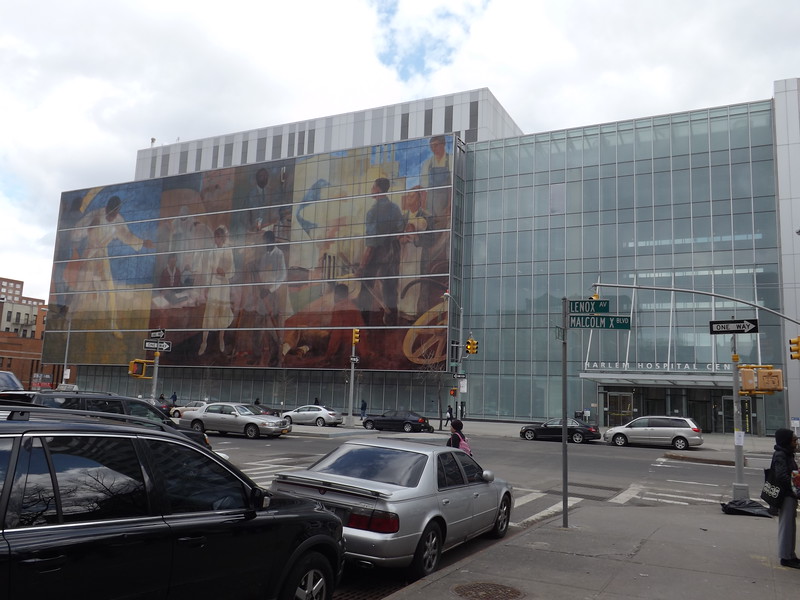 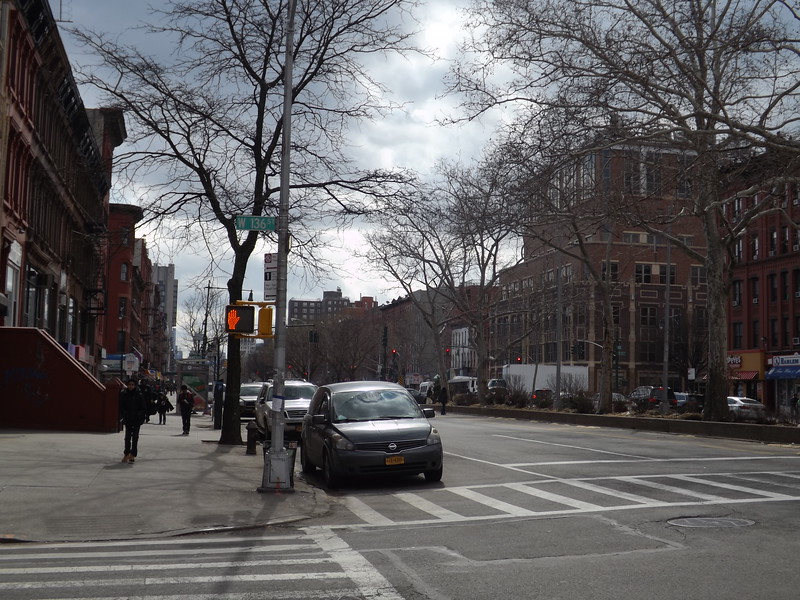 Next page: Candidates for withintrification in Urban Jacksonville.