Breaking Jacksonville’s color barrier was no easy task. “The whites used to yell from the stands and call us ‘alligator bait,’” Mantilla told Howard Bryant, author of a biography of Hank Aaron. “Jacksonville wasn’t so bad. But places like Columbus and Macon, those places were wicked.” As Mantilla told Sport Magazine in 1965, “They wouldn’t boo you because you were playing bad; it was just because you were colored.”

Facing both unfamiliar segregation laws and a language barrier, Mantilla struggled to adapt. He relied heavily on Aaron to help him navigate Jim Crow. “You had to know all the rules, all of the things you could do and couldn’t do,” Mantilla told Bryant. “Believe it or not, Jacksonville was one of the better towns for us. It was Hank who always kept me away from the things that could have gotten me in trouble.” Manager Ben Geraghty and some of their white teammates also tried to ease the path. One, Joe Andrews, would flaunt local custom by dining with his Black teammates and even escorted them around town armed with a with a bat. 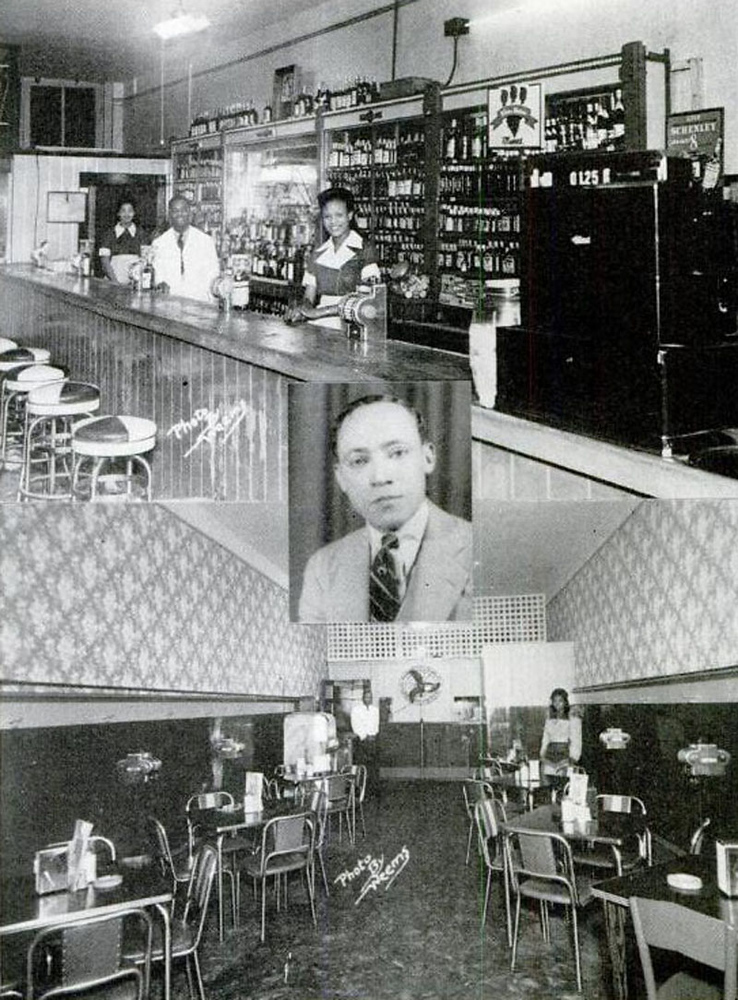 Manuel Rivera and his Manuel’s Tap Room on Ashley Street in LaVilla. Courtesy of The Crisis Magazine, January 1942.

Segregation laws meant that Mantilla, Aaron and Garner couldn’t live with their white teammates. Local business owner Manuel Rivera, like Mantilla an Afro-Puerto Rican, opened his home to them. His house was located on West 8th Street in the Durkeeville neighborhood, just two blocks from the stadium. Rivera owned Manuel’s Tap Room, an extremely popular lounge and grill in the LaVilla neighborhood. Manuel’s was open 24 hours a day and was known as the place to be for drinking, dining and dancing. The NAACP’s magazine The Crisis called the taproom the “finest of its kind in the South.”

Officials ordered Mantilla and his Black teammates not to argue with umpires, or to respond to hostility from opposing players or the fans. One night in July, this became more than Mantilla could bear. During a home game against the Macon Peaches, Peaches pitcher John Waselchuk threw a brushback pitch that nearly clipped Mantilla’s head. Mantilla, who had been beaned several times during the season, had had enough. He charged the mound, and the rest of the team cleared the bench and confronted Macon. Tensions further flared between the Black and white sections of the stands, and the police stepped in. Horace Garner then pulled Mantilla away, fending off a potential riot.

Despite the whitelash, integration was an unmitigated success for the Braves. With 93 wins to 44 losses, they were the league’s regular season champions. Mantilla ended the season with a respectable .278 batting average and served the team well as shortstop. Aaron became the team’s breakout star, batting .362 and hitting 22 home runs. For his contributions, the South Atlantic League named him MVP.

Success brought both Mantilla and Aaron away from Jacksonville after the exhilarating 1953 seasond. “Hammerin’ Hank” Aaron, of course, headed straight to the majors and became an overnight star for the Milwaukee Braves, later the Atlanta Braves. Mantilla was promoted to Triple A baseball, and in 1956 he was called up to join Aaron in Milwaukee. He had an eleven year career in the majors as a utility player adept at several different positions; he was part of the 1957 Braves squad who won the World Series. Winters he spent playing back in Caguas where his journey to the majors had begun. He retired to Milwaukee, where he has been involved in charitable causes and sponsored the Felix Mantilla Little League.

Though Felix Mantilla’s time in Jacksonville was short, his impact was great. Along with his teammates Aaron and Garner, he will always have a place in the local sports pantheon as one of the great pioneers of Jacksonville baseball.