Editorial originally published at the Messynessychic.com 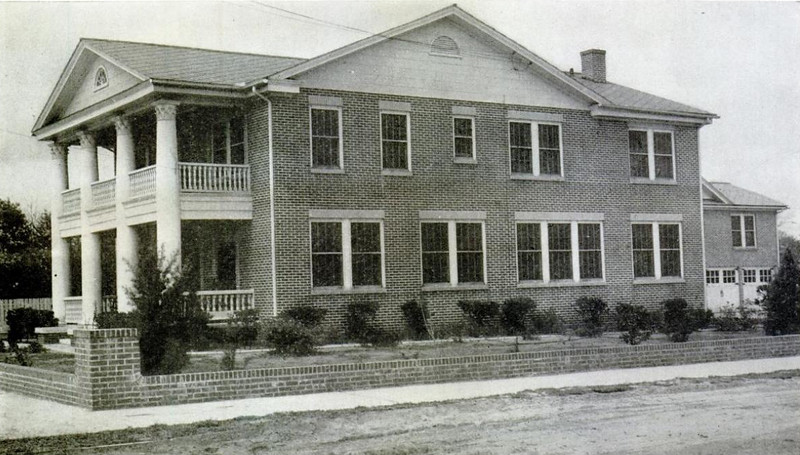 The Sugar Hill residence of Bishop Henry Young Tookes. Tookes was known for spreading the Gospel and philanthropy.

Going into this, I don’t think I was prepared at all for how un-unique the story of Florida’s Sugar Hill neighborhood really was. In the 1950s and 60s, the once upper class and prestigious Black community of Sugar Hill in Jacksonville, was chosen by city officials to be leveled to make way for a multi-lane expressway. Once known for its elegance and millionaire residents, Sugar Hill was left decimated, and what remains of it today sits largely boarded up, ghostly and overgrown. I found myself in a Google street view rabbit hole, despairing at all those neglected and condemned houses, comparing them to the vintage photographs of a once charming and prosperous neighborhood. But when you begin looking into a story like this, you’ll quickly find others – almost too many to count – before you start to realize, with a great big lump in your throat, that these stories of lost Black affluence are found in every major city across America, where this exact same thing happened at the exact same time.

The Abraham Lincoln Lewis residence in Jacksonville’s Sugar Hill. Lewis was the longtime president of the Afro-American Life Insurance Company who also founded American Beach in Nassau County. He was said to be one of Florida’s first African-American millionaires.

Local blog The Jaxson Magazine described the neighborhood of Sugar Hill as a “prestigious upscale streetcar suburb” where Jacksonville’s most prominent African-Americans lived from the late 1800s until the 1960s. “Elaborate residences lined the streets … built on the back of Black prosperity in an era of heightened local racial discrimination”. But the construction of the Jacksonville Expressway in 1960 saw Sugar Hill’s mansions demolished, along with the neighborhood’s prized 30-acre park which also housed the public library. Upon completion of the Jacksonville Expressway, Sugar Hill’s business district was decimated in one clean swoop. The once impressive tree-lined streets are now “lined with parking lots, McDonald’s and Walgreen’s Pharmacy”. A look inside Sugar Hill’s Wilder Park Library. Wilder Park was the city’s largest public space for the African-American community during Segregation. Wilder Park was later eliminated to make way for the path of Interstate 95. (Courtesy of the Jacksonville Public Library Special Collections Department)

Typically, this kind of destructive urban development is presented to us as a textbook example of the “failures of modernism”. The more uncomfortable truth? For much of the 20th century, city officials and planning department officials had unrestricted powers to enact such development – and if White officials happened to be of the opinion that minority wealth and self-sustaining Black business posed a threat to affluent White communities, they certainly had the power to express it. Too often, it was the nicest minority neighborhoods that were thriving the most, which somehow found themselves in the “path of progress”. The destruction of communities like Sugar Hill has been blamed on modernism’s failures, but highways have destroyed countless predominantly Black communities across America and we would be remiss to think it was simply “bad luck” and that systematic racism didn’t play a very significant role in that.

The same disregard and systematic disenfranchisement has happened in so many other ways too – they just aren’t always as visually apparent as a six-lane concrete expressway. “If you see dirt being turned on Sugar Hill’s vacant lots, it’s probably not new construction,” notes The Jaxson. “Instead, it’s more than likely the EPA replacing contaminated soil from a City of Jacksonville municipal solid waste incinerator that sprinkled ash all over the neighborhood from 1901 until the 1960s”.