Completed in 1916, the Masonic Temple has served as the focal point for Jacksonville’s Black community’s commercial and fraternal activities for decades. Anchoring LaVilla’s Broad Street, the six story building was designed by Victor E. Mark and Leeroy Sheftall of the architectural firm, Mark and Sheftall. Both Mark & Sheftall were trained under Henry John Klutho during the first decade of the 20th century. Designed as a mix of “Prairie” and “Chicago” School architectural styles, O.P. Woodcock began building the structure in 1912. Then valued at $102,000, the mixed-use building featured retail at street level, office space on the second and third floors, with the top floors being occupied by the Grand Lodge. 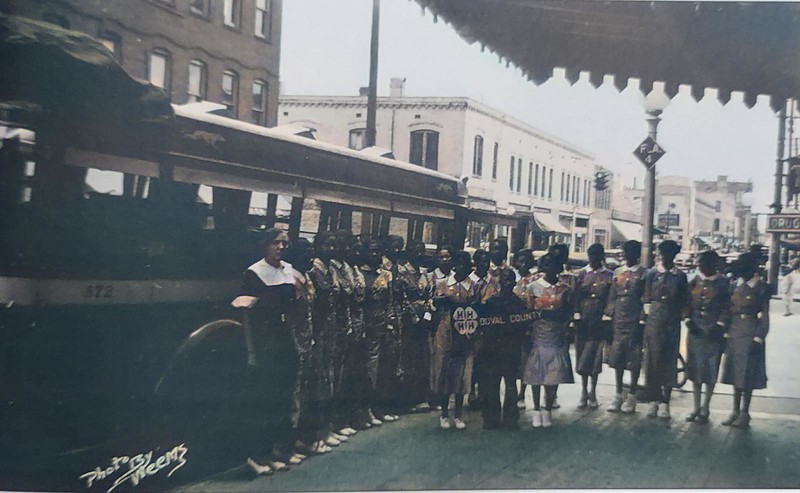 Described as one of the finest buildings in the world owned by the Black community, throughout Jacksonville’s history, the Masonic Temple was instrumental in the development of the local Black middle class community, Civil Rights and the Chitlin Circuit. Still owned and operated by The Most Worshipful Union Grand Lodge, Most Ancient and Honorable Fraternity, Free and Accepted Masons, Prince Hall Affiliation, Florida and Belize, Central America Jurisdiction, Incorporated, the building was designated to the National Register of Historic Places in 1980. 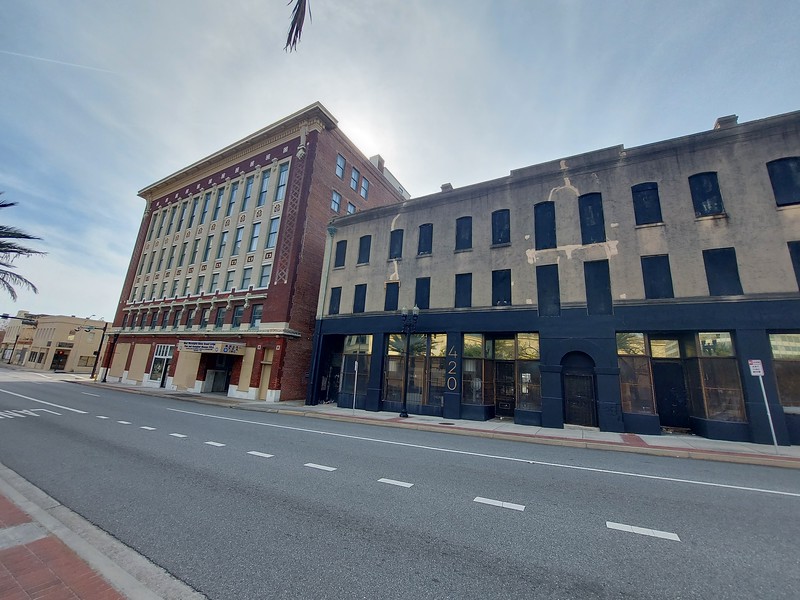 A exterior view of the Masonic Temple.

Situated at the intersection of Broad and West Duval Streets, the ground floor of the Masonic Temple was a desirable commercial destination for many decades. After the building’s completion, Charles Harry Anderson established one of the city’s first Black-owned banks in the storefront on the northwest corner of Broad and Duval Streets. Born in Jacksonville in 1879, Anderson’s first business venture involved peddling fish on a street corner in 1902. He eventually turned that business into the Anderson Fish & Oyster Company, one of the largest Black seafood businesses in the country. In order to encourage the growth of more black-owned businesses, Anderson established the Anderson Tucker & Company banking institution with a business partner in 1914.

Another storefront was once the office of Leander Jerry Shaw, Jr. Shaw began practicing law in Jacksonville in the 1960s and eventually became the first Black chief justice of the Florida Supreme Court in 1990. Over the years, other storefronts contained restaurants operated by Henry Baxter, Rebecca Mitchell and David Reid. The longest continuously occupied storefront was a tailor shop established by Cuban-born Pedro Mendez, Sr. in 1927. The shop was operated by his daughter Padrica through the early 2000s at 408 Broad Street.

The building’s second floor has traditionally been leased to individual office users. Second floor tenants in the past include Daniel Webster Perkins, Esq. and Viola Muse. Also known as “The Colonel”, D.W. Perkins successfully argued the landmark case before the Florida Supreme Court that allowed African-Americans to serve on juries. His nephew Paul C. Perkins, Sr., Esq. also began his career at his uncle’s office. The younger Perkins would go on to serve as co-counsel with Thurgood Marshall and Jack Greenberg of the NAACP Legal Defense Fund, representing the Groveland Four case in Lake County.

Viola Muse operated a hairdresser business on the second floor. Muse also worked with Zora Neale Hurston for the Negro Writers Unit of the Federal Writers Project in 1936 and 1937. During this time, she captured life and community in Jacksonville’s Black neighborhoods by interviewing everyday citizens.