Built in 1991, the Memphis Pyramid is a 321 feet tall and was once used as an arena for the National Basketball Association’s Memphis Grizzlies. In 2015, the Pyramid reopened as a Bass Pro Shops.

The Hernando de Soto Bridge (Interstate 40) opened for traffic on August 2, 1973. Planning for the bridge dates back to 1960.

The Tennessee Welcome Center is located at the heart of the Downtown Memphis riverfront. 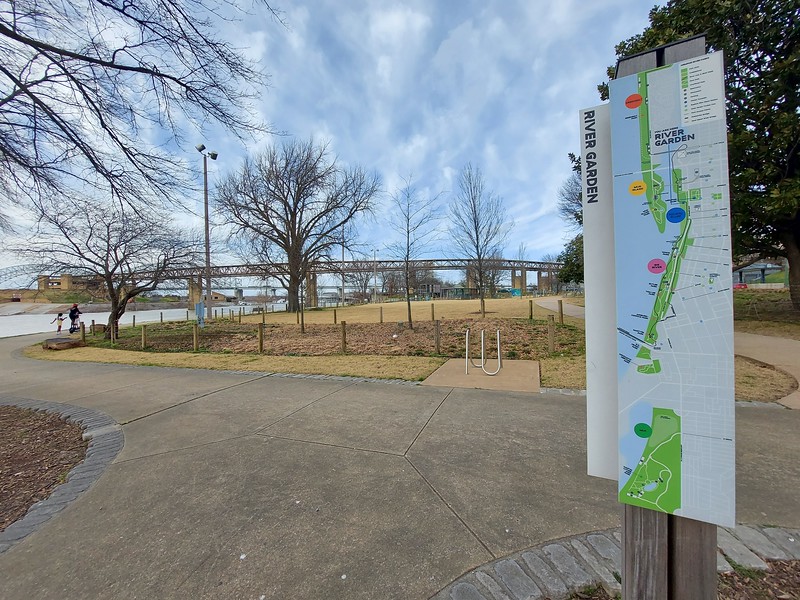 The River Garden is a newly renovated park and public space that opened in fall 2018 along the River Line Trail at the cost of $1.6 million.

Fourth Bluff Park was once called Confederate Park and featured a statue of President Jefferson Davis. The park was renamed and the statue was removed in 2018.

During the city’s early years, the riverfront was a bluff filled with industry where the city turned its back towards the river. During the 1930s, Riverside Drive was constructed as a major part of a Works Progress Administration project to rebuild a then unstable riverfront.

The Illinois Central Railroad runs parallel to the Mississippi River and Riverside Drive. In 1997, a portion of the double tracked railroad through downtown became a part of the Memphis Area Transit Authority (MATA) Trolley system.

The Memphis Landing is a cobblestone landing that dates back to 1838. It was a part of an inland river port associated with the distribution and commercial shipping of pre-mechanized cotton during slavery.