The intersection of Myrtle Avenue and Dennis Street in 1928. The original Atlantic Ice & Coal Corporation ice plant can be seen in the background on the left. (Courtesy of the City of Jacksonville)

Organized by Henry M. Flagler in 1893 and completed on January 15, 1897, the Jacksonville Terminal Company quickly became one of the busiest in the nation. In addition to passenger and freight rail operations, the company leased property surrounding its massive Honeymoon rail yard to several industries.

One of the earliest was the Florida Ice Manufacturing Company in 1902. Here, ice was manufactured for household and railcar use, as well as supplied cold storage to local industries. Situated at the intersection of Myrtle Avenue and Dennis Street in Campbell Hill, Robert Gamble was the ice plant’s president and Governor Francis P. Fleming its vice president. An industrialist, Gamble also owned the Gamble and Stockton Brick Company with developer Telfair Stockton and would eventually develop San Marco during the Florida land boom. 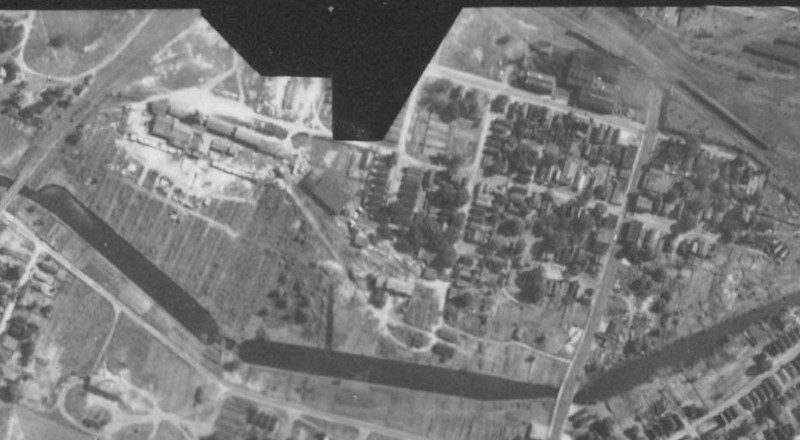 A 1943 aerial of Campbell Hill and the Atlantic Company plant near the railroad. (University of Florida)

In 1910, the Florida Ice Manufacturing Company merged with several regional coal and ice companies, creating the Atlantic Ice & Coal Corporation. This merger was arranged for $3.5 million by Ernest Woodruff and the new company’s headquarters was based out of Atlanta.

It could be argued that Woodruff was one of Atlanta’s most influential businessmen during the late 19th and early 20th centuries. In 1889, along with his brother-in-law, Joel Hurt, Woodruff founded one of that city’s first electric trolleys, the Atlanta and Edgewood Street Railroad. Woodruff also restructured the Atlantic Steel Company (current site of Atlantic Station) to get it out of debt during the first decade of the 20th century. This set the stage for the biggest maneuver of his career, which was the takeover of the Coca-Cola Company in 1919.

During the mid-1950s, much of the original ice plant was demolished for the construction of Interstate 95. To accommodate for the lost space, a 40,305 square foot concrete cold storage warehouse was added west of the original plant in 1954. In 1984, the site was taken over by Olcott Enterprises Freezing & Cold Storage. A year later, Olcott expanded the site with the addition of a 33,414 square foot cold storage warehouse just west of Ives Street. In 1994, the 85,000 square foot property was rebranded as Caribbean Shipping & Cold Storage. Until the mid-2010s, the cold storage business was still alive and well at this historic industrial site.

Next Page: Adaptive Reuse and Rebirth