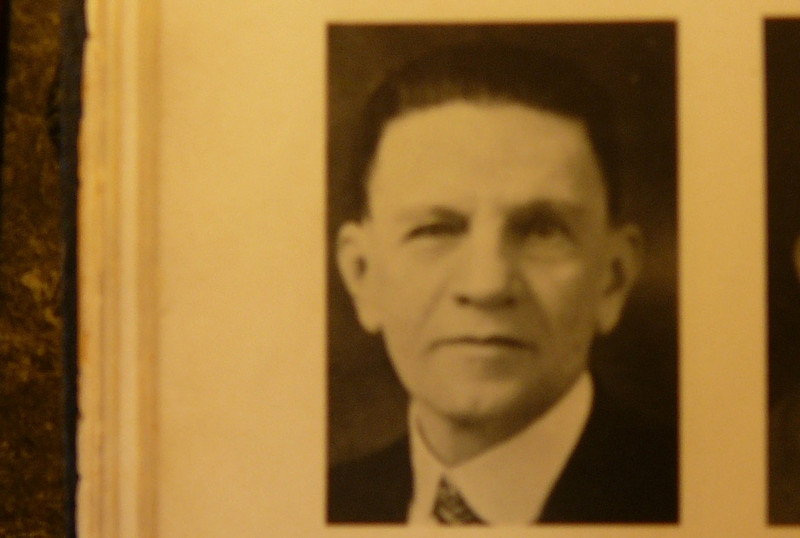 Not all development announcements are made with the intention of actually constructing a real building. Judge John W. Dodge was a Jaxson who bankrolled a profit without applying for a building permit.

In 1911, John Joseph Heard, an Arcadia-based capitalist, announced plans to construct a skyscraper that would house his bank while also being the tallest structure south of Atlanta. Soon Heard broke ground on his $1 million, 15-story, 248’ tall Heard National Bank Building, at the corner of Forsyth and Laura Streets.

Heard would soon find out that his experience in Jacksonville would not be all peaches and cream. This is where former Duval County Judge John W. Dodge enters the picture. Born in Camden, SC in 1875, Dodge relocated to Jacksonville in 1900 and became a Duval County Criminal Court Judge in 1904.

Dodge liked Heard’s high profile project so much, he decided to build his own tower. His company, the Dodge Building Company, “just so happened” to own a 25’ wide parcel of property on Laura Street, immediately to the south wall of Heard’s project. With Heard’s tower well under construction, the newspaper reported that a second 15-story skyscraper would be developed by Dodge. Dodge retained the services of Mark & Sheftall Architects to design his tower.

However, Dodge’s floor plans had extortion written all over them. Each floor was 25’ wide overall and 105 feet deep with no windows on the long, north facade that faced the Heard skyscraper. While the overall design of Dodge’s skyscraper was impractical, it would make Heard’s building practically worthless if it were constructed. According to a draftsman for Mark & Sheftall, Dodge commissioned the firm to design the building fifteen stories high, the same height as the Heard Building, and 105’ deep, also matching Heard’s project. This would place a solid block wall against Heard’s south windows, cutting out the view and building’s cross ventilation system. Since Heard was already under construction, it was said that he had no choice but to pay Dodge not to build his skyscraper.

Heard completed his tower and opened his new bank in 1913 but the bad luck would continue. Heard’s bank was forced to close in 1917. 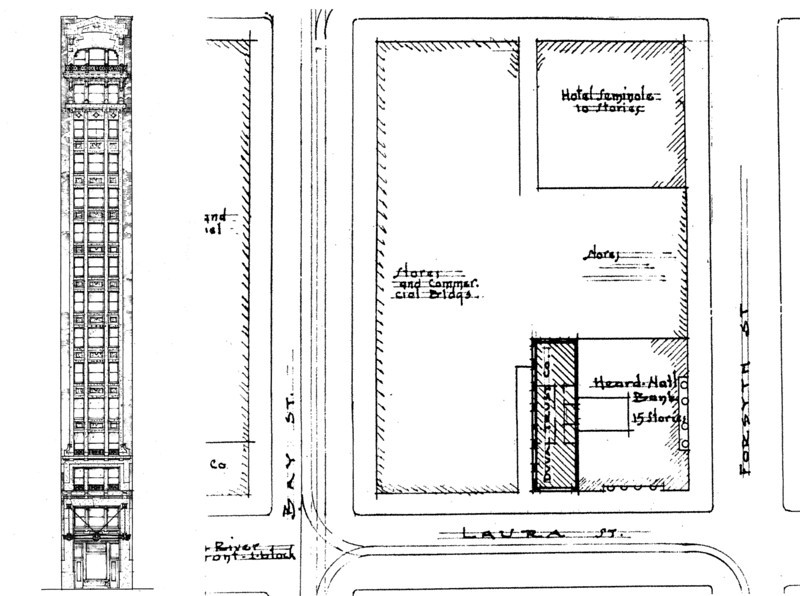 The term “The Real McCoy” is said to originate from a prohibition-era Jacksonville boatyard owner and rum-runner named William Frederick McCoy. While popular crime figures like Al Capone and the Purple Gang were running Chicago and Detroit, McCoy was in control of Atlantic Ocean rum-running between the Bahamas and Canada. That’s a pretty big accomplishment for a Jacksonville boatyard owner.

The McCoy family moved to Holly Hill near Daytona Beach in 1900. As the years went on, William and his brother Ben operated a motor boat service and a boat yard in Holly Hill and Jacksonville. Building vessels for Andrew Carnegie and the Vanderbilts, the McCoys gained a reputation for being skilled yacht builders. During Prohibition, the McCoy brothers fell on hard times. Their excursion and freight business could not compete with the new highways and buses being built up and down the coast and across Florida. Needing money, the two brothers made a decision to go into rum-running. They sold the assets of their business, traveled to Gloucester, Massachusetts and bought the schooner Henry L. Marshall.

McCoy then began to smuggle whiskey into the U.S., traveling from Nassau and Bimini in the Bahamas to the East Coast of the United States, spending most time dealing on “Rum row” off Long Island. After a few successful trips smuggling liquor off the coast of the United States, Bill McCoy had enough money to buy the schooner Arethusa. Placing the schooner under British registry in order to avoid being subjected to U.S. law, Bill renamed the vessel Tomoka (after the name of the River that runs through his hometown of Holly Hill).

McCoy made a number of successful trips aboard the Tomoka, and - along with the Henry L. Marshall and up to five other vessels - became a household name through his smuggling activities. Capt. McCoy mostly hauled Rye, Irish and Canadian whiskey as well as other fine liquors and wines. He is credited with inventing the “burlock” – a package holding six bottles jacketed in straw, three on the bottom, then two, then one, the whole sewed tightly in burlap. It was economical of space and easy to handle and stow. These were generally known in the Coast Guard as “sacks.” McCoy’s legend grew as his quality liquor and fair-dealing perpetuated the phrase: “it’s the real McCoy.”

McCoy also became an enemy of the U.S. Government and organized crime. When the Coast Guard discovered McCoy, he established the system of anchoring large ships off the coast in international waters and selling liquor to smaller ships that transferred it to the shore. McCoy also smuggled liquor and spirits from the French islands of Saint-Pierre and Miquelon located south of Newfoundland.

On November 23, 1923, the U.S. Coast Guard Cutter Seneca, had orders to capture Bill McCoy and the Tomoka, even if in international waters. A boarding party boarded the Tomoka, but McCoy refused to surrender. The Tomoka tried to flee, but the Seneca placed a shell just off the hull, and Bill McCoy’s days as a rum-runner were over.

McCoy described the chase that led to his capture:

“When the Tomoka was boarded under cover of the Seneca’s guns, I immediately set sail and ran away with the boarding party - one lieutenant, one bos’n and thirteen seamen - and only upon their pleas did I heave to and put them back on the Seneca. The damned radio was too severe a handicap for me. I surrendered after the Seneca had fired four-inch shells at me.”

When asked what defense he planned to make at the hearing before the trial, McCoy introduced the details of his operations by replying:

“I have no tale of woe to tell you. I was outside the three-mile limit, selling whisky, and good whisky, to anyone and everyone who wanted to buy.”

Instead of a long drawn out trial, Bill McCoy pleaded guilty and spent nine months in a New Jersey jail. He returned to Florida and invested his money in real estate. He and his brother continued the boat building business and frequently traveled up and down the coast.

Stowed Hams of Six awaiting the trip across the Straits of Florida to the promised dry land. The Arethusa was a smuggling boat operated by Bill” McCoy, the Real McCoy. Photography courtesy of https://fksa.org/showthread.php?t=12139