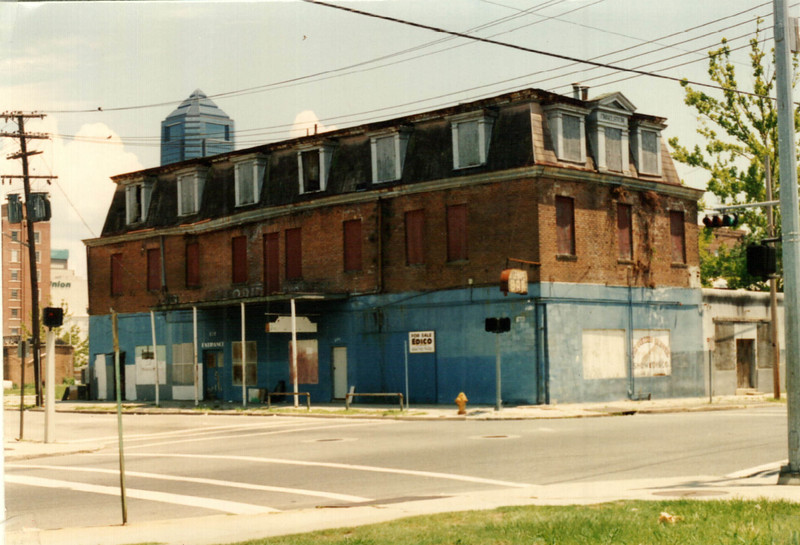 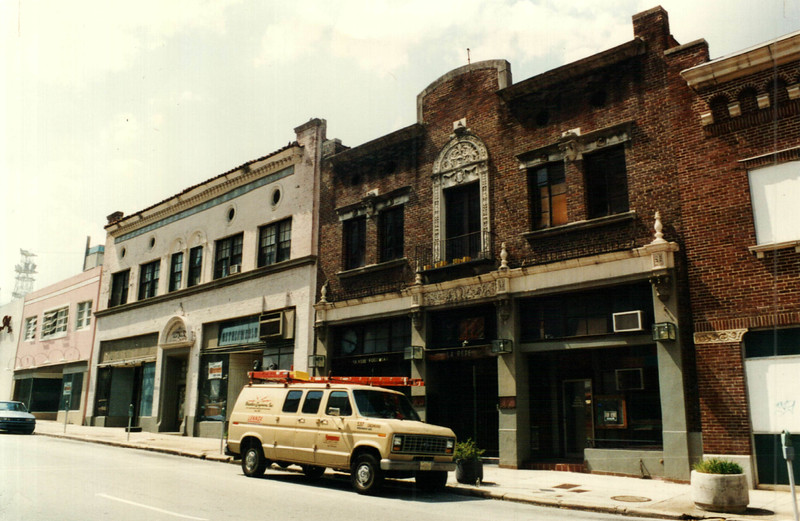 A row of buildings on East Monroe Street that were demolished for the construction of the Jacksonville Public Library. The details of these buildings can be found on the walls of the library’s Monroe and Duval Street facades. 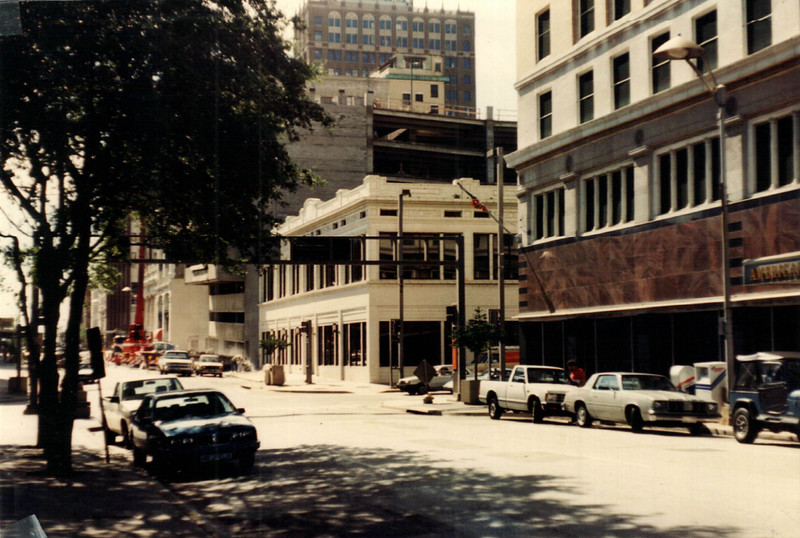 Looking west toward the intersection of Forsyth and Main streets. 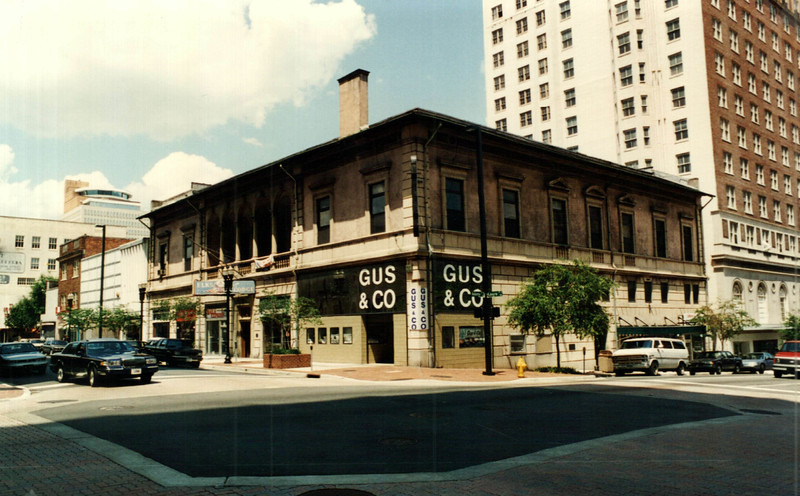 The Elk’s Building at the intersection of Adams and Laura streets. 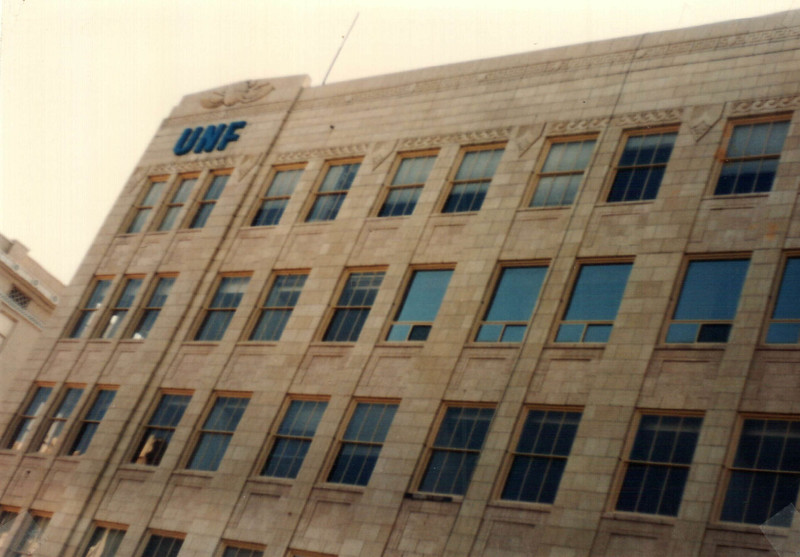 Now the Museum of Contemporary Art Jacksonville, this building once housed the University of North Florida’s former downtown campus. 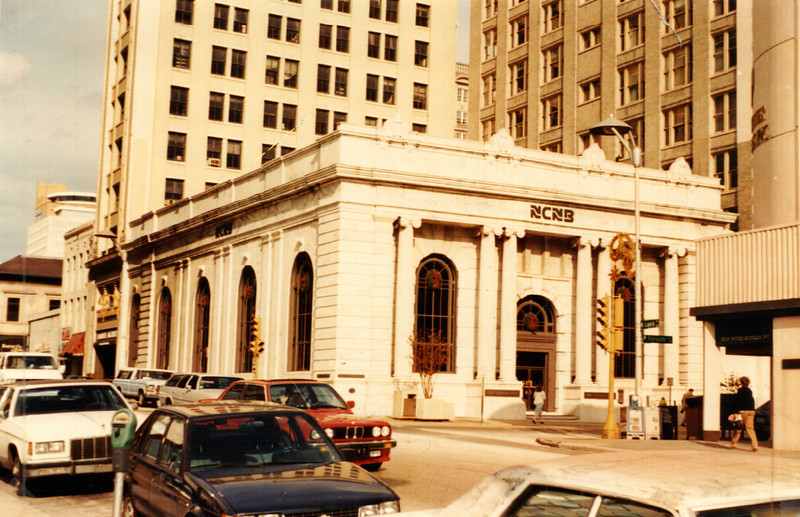 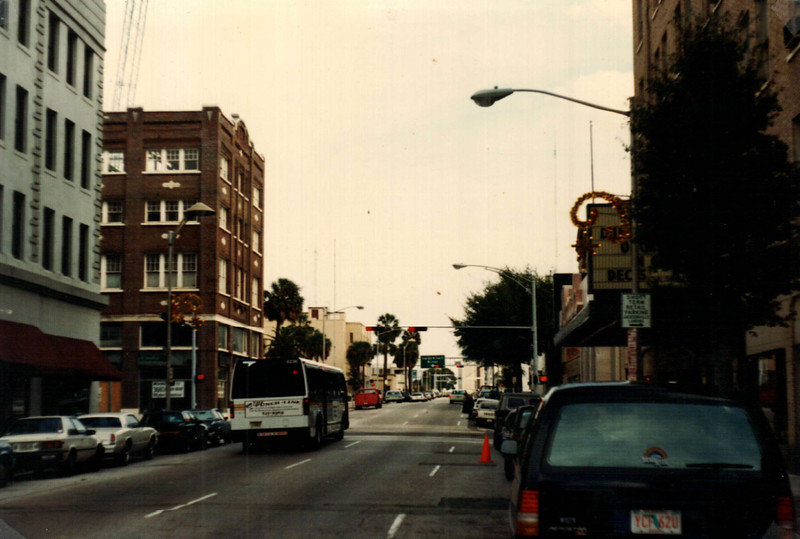 Looking east on Forsyth Street toward the Florida Theatre and Newnan Street. The two large buildings on the left were demolished during the 1990s.

The Southern Bell Building was demolished for the Duval County Courthouse. After several design modifications, the courthouse was constructed on an adjacent block. The Jacksonville Electric Authority is now planning to construct its new headquarters on this long abandoned block. 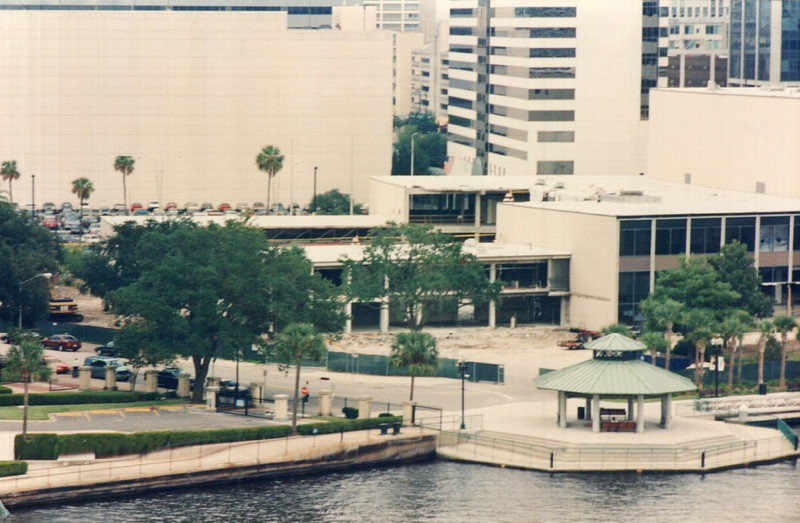 This image shows the current Times-Union Center for the Performing Arts under construction. 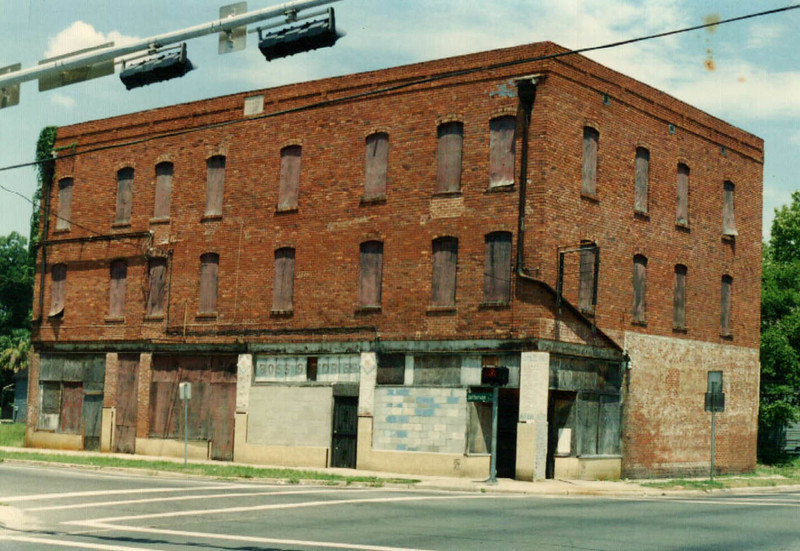 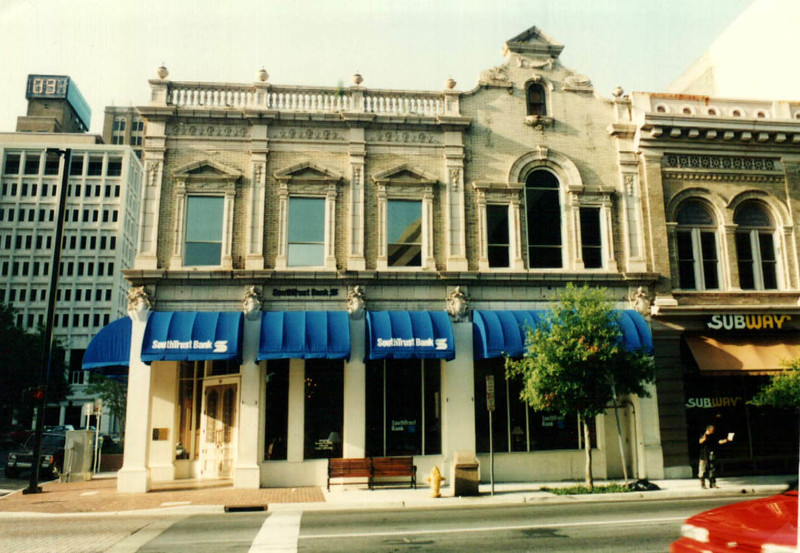 The intersection of Bay and Laura streets. 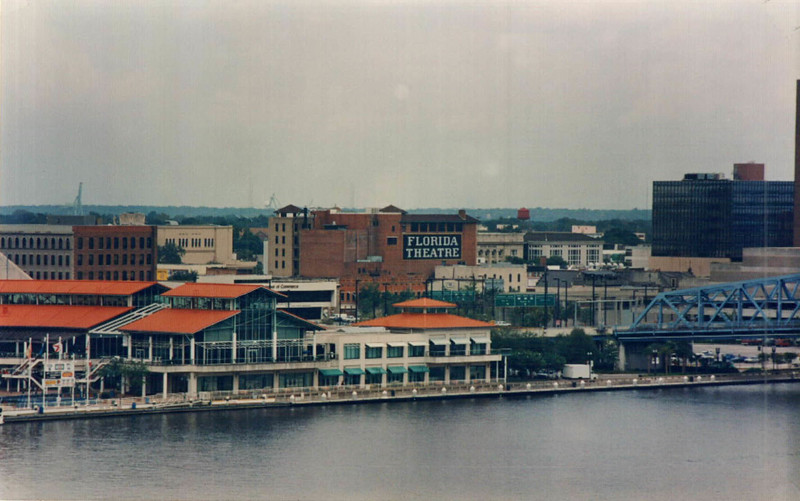 A waterfront view of the then brand new Jacksonville Landing.