Completed in 1965, Samuel W. Wolfson High School was designed by Jacksonville architect Taylor Hardwick. Wolfson was a local civic leader who passed suddenly in 1963. Since 1946, with the construction of Wolfson Children’s Hospital, the Wolfson Family Foundation has donated millions to religious, educational, medical and research entities throughout Northeast Florida.

5000 North Main Street was built for the Berea Baptist Church in 1959. At the time, Brerea was located at 1812 Phoenix Avenue and was under the leadership of Reverend Robert D. Ingle. At the center of the complex is a 1,000-seat Mid Century sanctuary. Since June 1986, We’re For Jesus House of Prayer has owned and occupied the property. 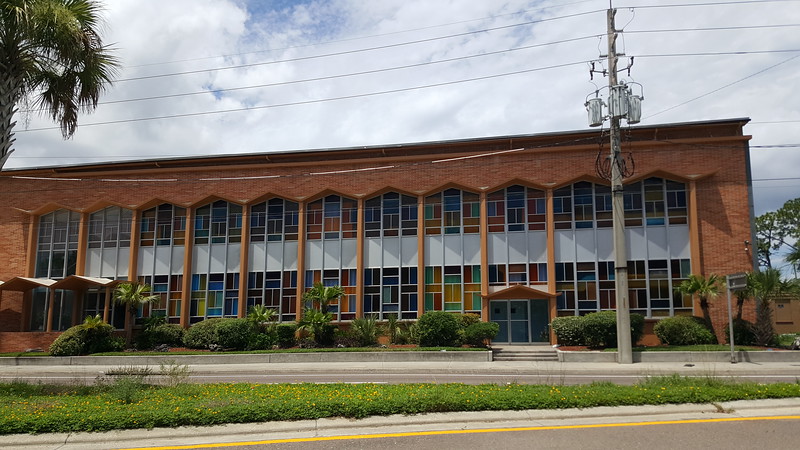 Designed by Kemp, Bunch, and Jackson (KBJ Architects), the Times Union Center for the Performing Arts was commissioned by the City of Jacksonville in 1955 to serve as a new civic auditorium. Intended to improve the downtown riverfront, the property had been previously occupied by the docks of the Seaboard Air Line Railroad. Since opening its doors in 1962, the venue has been one of Jacksonville’s premier riverfront entertainment facilities.

Designed by Robert C. Broward, the Unitarian Universalist Church was completed in 1965. A member of the congregation, Broward wanted to church building to look like an extension of the land, as opposed to a building siting on top of the land. As a result, the church as designed to be a part of the natural hill and forested landscape surrounding it. 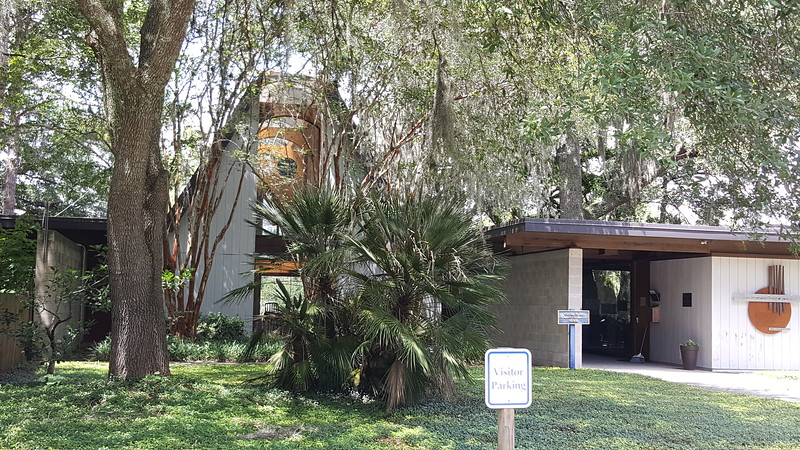